Gotham is back and the show has been picking up steam. This episode was one of the better ones so far this season! Prolonged storylines dating as far back as the “Pilot” were finally paid off (though not always in the best circumstances). The most important thing is that things are happening and characters are changing and developing.

After the cliffhanger two week’s ago, we catch up with escaped Arkham patient, Jack Gruber. Tough music plays and he looks like a man with plan. Meanwhile, Chief Essen briefs the GCPD on Gruber and his lackey, Aaron. They’ve gotta find him fast. Jim shows up wanting to be on the job. Hey! Isn’t he supposed to be in Arkham? The chief and Harvey are quick to tell him that before Commissioner Loeb (who has been suspiciously absent for 12 episodes!) arrives. No wonder GCPD is in such disarray. Jim goes toe to toe with him, lying about being the only one with intel to catch Gruber. So, if Jim and Harvey find Gruber within 24 hours, he can be reinstated as a first grade detective back at GCPD. Really? Jim’s time in Arkham is already coming to an end? I was looking forward to exploring that world more.

Anyways, Gruber is up to bad things. Electrocuting his friends, gathering high voltage gear, and planning grand revenge? Jim and Harvey try to decide what to do, but thanks to Ed Nygma, they discover Gruber’s real name is Lester Buchinski and he was a major criminal who planned his transfer to Arkham Asylum! He had partners who left him high and dry. Aha, that must be who he is trying to get revenge on. Poor Ed doesn’t get any thanks from Jim or Harvey.

They quickly are pulled onto the scene, finding an abandoned van and then a nearby electric store robbed. The “Electrocutioner” is on the loose in Gotham! Dun, dun, dun! Later, Dr. Leslie Thompkins (the ever illustrious Morena Baccarin) visits the station to give Jim a paper doll one of her patients was given by Gruber. Apparently, Jim is able to deduce the doll is a sick imitation of Don Maroni, who must be one of Gruber’s ex-partners. Big leap, but okay.

In our second storyline, Falcone is feeling down and not like himself. He has no “passion” left in his life except for his housemaid, Liza. Can we all pause for a second and address how weird this relationship is? What is it?! Is it sexual? Friendly? Fatherly? I don’t know! But it’s weird and creepy and makes no sense. Falcone wants her to meet a guy and make babies and be happy. But she wants to be with him (per Fish’s plans). So bizarre.

Well, Fish has decided to finally make her move (12 episodes later). She has Liza kidnapped and tries to ransom her to Falcone. Her whole Liza training is going to pay off, right? This was all the plan, right? Ugh. Falcone calls Penguin about the situation and Penguin is absolutely giddy with glee.

Oswald happens to be at lunch with Maroni and his men. He tries to excuse himself, but Gruber has arrived first. Penguin is electrocuted and shot across the floor. Maroni and his men are taken out by an electric bomb, yet none of them die. Later, Jim explains to Maroni that Jack Gruber aka Lester Buchinksi is after him because Maroni screwed Gruber over years ago. Jim wants to put Maroni under protective custody so they can draw out Gruber. In this moment, Penguin awakens from unconscious and says he must meet with Falcone, shocking both Maroni and Jim. Once in the station, Penguin awakens again and tries to leave, but Maroni calls him out. After some argument and denials, Maroni lets Penguin leave.

Meanwhile, Fish calls Falcone pretending to be the intermediary between Liza’s kidnappers and Falcone. He calls her out and she admits it, after some lying. Falcone is saddened by her betrayal and Fish tries to reassure herself that she is doing this for Falcone’s benefit, as anyone else could kill him at any moment. She looks uneasy though. This was her plan? Terrible. Falcone’s creepy lackey, Victor Zsasz, wants to go in there and kill ‘em all, but Falcone doesn’t have the heart… yet. He wants to go live in the country with Liza, because she looks like his mother (again, what a weird relationship).

Back at GCPD, Ed tries to flirt with annex girl, Kristen Kringle, but gets shot down by some other cop. It is a sad, odd moment. Poor Ed! But there is no time for sadness because the Electrocutioner has arrived and attacks the one electrical box outside of the station. You would think these cops would have guarded it? Wow, no wonder Gotham is a mess. Well, predictably, Gruber lights up the station and everyone is shocked to unconsciousness, except Jim, who is wearing rubber boots that Ed had given him earlier. A standoff occurs and Jim takes out Gruber’s lackey. Gruber lectures Jim about his desire for power, blood, and winning. Jim returns his speech by anti-climatically tossing water on Gruber’s Darth Vader-like machine. And thus, Gruber is caught. Womp, womp.

Jim gets all the glory and his badge back, not before secretly threatening the Commissioner from ever trying to take his badge away again. Later, Jim tells Harvey he’s been careful, which is probably the biggest understatement he’s ever made.

Over at Falcone’s, Zsasz continues to try to convince Falcone to act against Fish, but he isn’t having it… until Penguin arrives and “sadly” tells Falcone that Liza is Fish’s plant. Falcone is so in shock that he slaps Penguin. The gig is up though. They go to make the trade at Fish’s and Falcone demands to see her before he signs any papers relinquishing control. Liza comes out and Falcone pulls the rug out, choking Liza to death in front of everyone as Zsasz and his goons surround Fish. He is mostly pissed that Fish tried to use his mother against him. Fish tries to speak, but can’t get a word out. Penguin wobbles in and smiles in her face. It was a great moment. Fish, what can I say, that was a terrible, terrible, long dumb plan.

Back at the station, Dr. Leslie Thompkins, who wants to be known as Lee, makes her way into the men’s locker room. Um, okay? She happened to be in the area and wanted to see Jim to get the doll she lent him back. Instead the two just end up making out? Um, what?! I’m all for it! Anything over Barbara! But that was fast and weird and why did she go into the men’s locker room? Stage five clinger, alert. Well, their love is interrupted when news of a shootout at Fish’s place comes in. And thus, Jim’s love life is put on hold yet again.

And speaking of the dreaded Barbara, she does make an appearance in this episode. She goes to stay with her parents, who are very weird, strict tea drinkers, who don’t even really seem to want her around either. #PoorBarbara I guess I’m supposed to feel sorry for Barbara? It’s kind of working, but she has a long way to go, ’cause she still is the worst. The worst.

Overall, the episode was fun and exciting and wrapped up a lot of things, albeit not in the best ways. Fish’s long Liza plan made little to no sense, but I’m glad poor Liza is gone and we can move on from that stupid plot point. Also, a little disappointed we didn’t get more time in Arkham, especially with the addition of Dr. Thompkins. Hopefully they can fit her in more naturally instead of having her wander into the men’s locker room. But, overall, this episode made me excited for whatever else is sure to come this season. 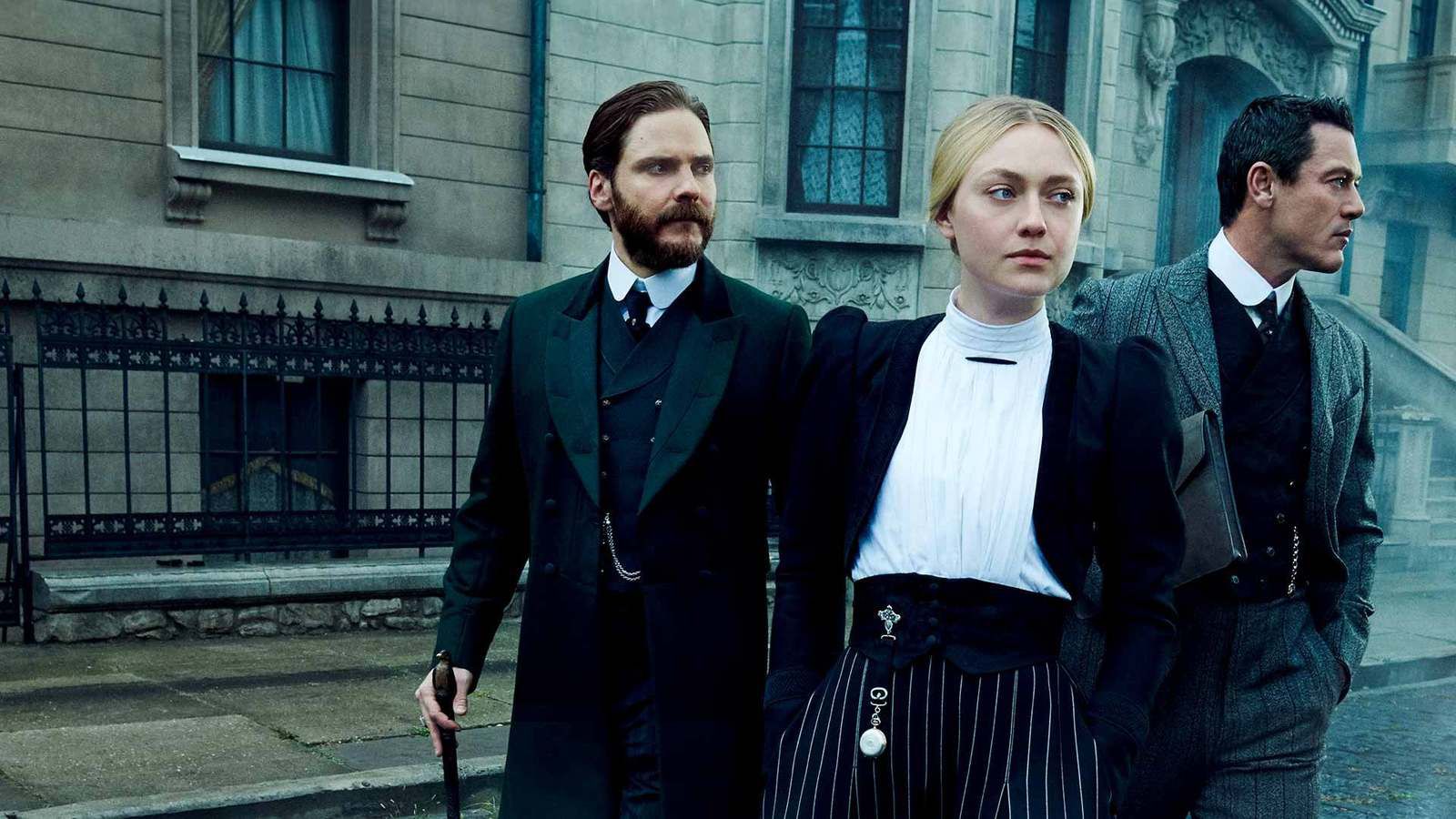 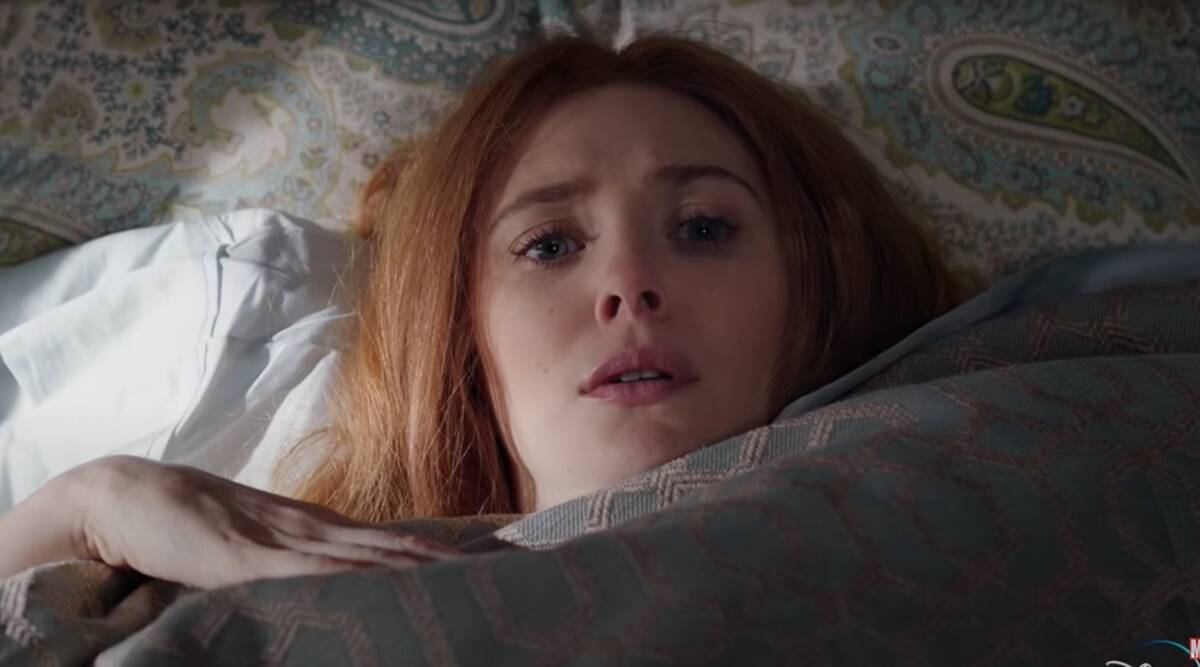