This week on Once Upon A Time, we learn that Maleficent’s child is someone we have already been introduced to, and Snow and Charming continue to struggle with making good decisions and telling the truth. Also, Henry makes significant steps forward in freeing the Author from his prison in the book. Find out the answers to all of these questions below!

The episode starts with a flashback with the Charmings and a unicorn, trying to get a glimpse of Emma’s future. Both of them seem to get a glimpse of how Emma could turn out, good or evil. Snow gets the dark vision and convinces Charming they have to do something to keep her from turning dark. Regina is struggling with her decision about what to do with Gold wanting the page from the book with the door on it. Emma makes a duplicate of the page with magic, but Regina says it won’t trick Gold and instead takes a picture of it with her phone.

Hook tells Emma and the Charmings about Gold’s plan to turn Emma’s heart dark, and while she isn’t too worried about it, Snow starts having a borderline breakdown and stomps out of the room after telling Charming they have to do something. Gold takes one look at the picture on Regina’s phone and realizes there is magic within the page and the Author has to be trapped in the book. That backfired for Regina; Gold insists upon them immediately getting the page from Henry.

Maleficent knocks the town out with a sleeping curse and they set out to look for the page. They search the apartment, but Henry has taken off with it. Hook and Emma are knocked out on the couch and Cruella makes a passing remark about wanting to wring Emma’s neck, and Regina slips for a second and goes into total protective mode. Nice to see the bond between Regina and Emma continuing to progress! Gold makes it clear they will go after Henry to get the page, and Regina says they need to back off or she’ll set her fireballs loose on them.

Henry finds a key to let the Author out of the storybook and, shortly after, Regina and crew arrive to get the page from him. Regina demands Henry give her the page, he does and they leave. It ends up Henry gave them the duplicate page Emma created; Gold isn’t happy so he rips it up and has Maleficent put Regina to sleep. Snow and Charming force Henry to give them the page and key and, right before they burn it to a crisp, they decide it might not be a very heroic thing to do. Hmm, really?

We learn through some Enchanted Forest flashbacks that working with the Sorcerer’s Apprentice, Snow and Charming steal Maleficent’s baby and get it sent off to another realm. Gold reveals to Maleficent that the baby she had was a girl, and is Emma’s childhood friend Lily. What a small world… Snow and Charming tell Emma the truth about what they did to Maleficent, and naturally she is upset. Hook manages to calm her a bit. After going to August’s bedside and talking with him, with Snow and Charming, they release the Author from his book prison.

Turns out he was a peddler Snow and Charming met in the Enchanted Forest. Apparently, he was locked up because he was influencing stories rather than simply recording them. August explains that there isn’t just one “Author,” that being the Author is a job and there have been many Authors. This Author may be able to give them some much needed answers, but he runs off in shady fashion. Hopefully, Regina can find him if she ever gets woken up and helps track this guy down. 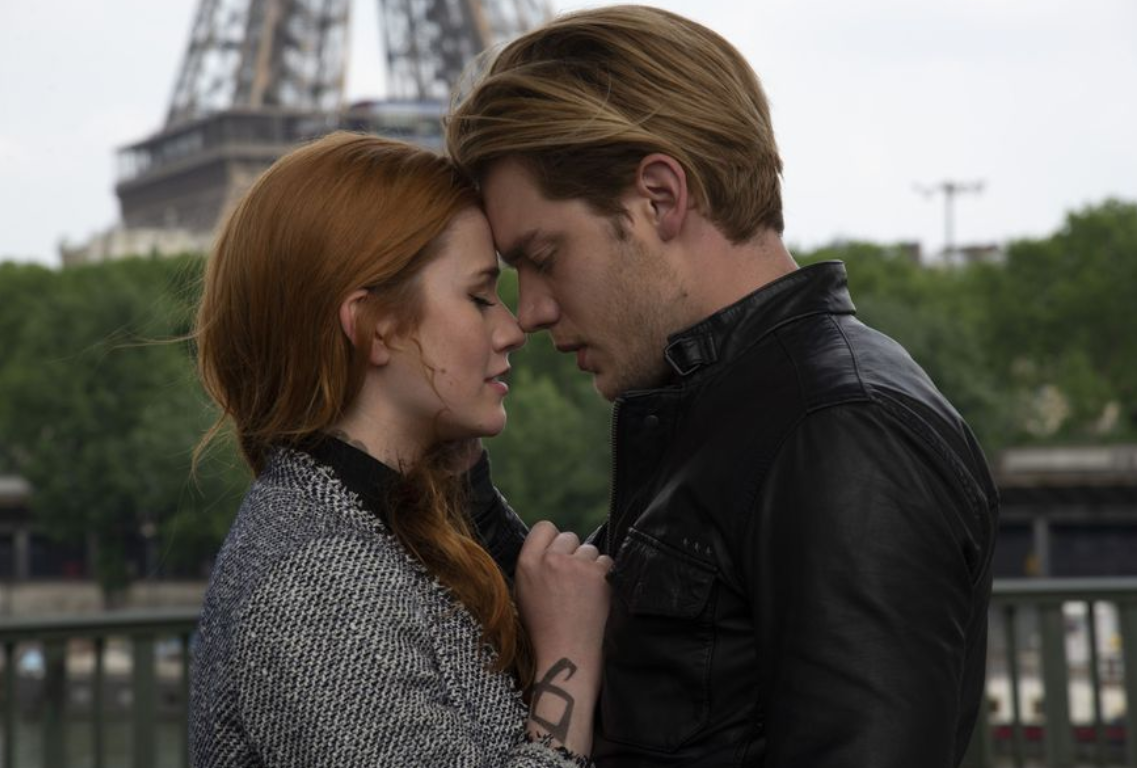