I’m saying it: “Norma Louise” was the best episode of Bates Motel yet. The episode was not only emotionally intense, but action-packed, creepy, and insane, in the literal sense. Vera Farmiga needs to be recognized (perhaps Emmy-wise) for her performance as Norma. The journey Norma makes in this episode is astounding. Plus, the late-night breakfast making scene with Freddie is going to be remembered for years to come. You don’t want to miss this episode! It is a game changer!

Norman and Dylan are still reeling from Norma’s “bat-out-of-hell” fleeing that night. Norman can NOT handle it and Dylan has to punch him to stop his destructive freakout. Norma hysterically is driving in the rain and keeps ignoring the calls Dylan is making to her. The phone annoys her so much that she pulls over, throws it on the ground, and then shoots it multiple times. Wow, I hope she had phone insurance.

She drives all the way to Portland, where she goes into a clothing store and buys new clothes (whilst sassing the sales clerk). Then she goes to a car shop, trading in her banged up car for a splashy new red one (a la Janet Leigh in Psycho). She then checks into a motel, of sorts, having a flashback to her younger days as “Norma Louise” when she and Caleb would hide together while their parents fought. I can’t tell what she is taking from this memory.

Meanwhile, Sheriff Romero is shot in a parking lot. Yes, shot! It is quite shocking. He wakes up in a hospital, immediately demanding his cell phone, so he can call and warn Norma that she is in danger. Unfortunately, Norma already shot her phone to pieces the night before.

Back at the Bates Motel, Dylan continually tries to reach Norma, as Norman says he feels like he is outside of his body. He tells Dylan that this is what Norma does, she leaves people, recounting her past, which includes leaving Dylan. Emma comes into the house, wondering what on earth is happening. What she really should be doing is getting in her car and leaving this messed up family alone! Dylan tells her what happened and all she can ask is what she can do to help. I face palmed myself.

Norman lies in bed, calling for “Mother” before getting up and going to her room, which is creepy and littered with birds. Then the walls begin to crack apart. He is having a blackout vision!

Meanwhile, Dylan goes to tell Caleb what happened and tells him he has to leave town now. Dylan is genuinely sorry. Caleb says he’ll leave town. And he cries to himself after Dylan leaves. Aww. Am I suddenly Team Caleb?

Over in Portland, Norma picks herself up from the motel bed and takes herself down to the local bar, where she gets HAMMERED. A random guy named Taylor (Wilson Bethel) notes that she looks like she is going to cry. Well, that leads to them drinking more, dancing, and him grabbing her ass. Norma introduces herself as “Norma Louise Calhoun” and tells him that she ran away from her wedding today and was married once before, but had to kill him. Instead of freaking out, apparently this attracts Taylor more, because he invites her to his truck. In his truck, they make out, but Norma draws the line when he tries to get her to go down on him. She spits in his face and he tells  her she is a mess (Technically true, but still, dude).

Norman continues to have a blackout vision: he’s dissecting a bird, but it’s still alive. A random dog, Junior, barks. Norman ends up killing the bird with his own hands. Meanwhile, Emma and Dylan try and reach Norman, but he just stares straight ahead. His stare is very reminiscent of Anthony Perkins and it is wonderful. Emma is very concerned, but Dylan wants to wait it out.

After the bar mishap, Norma decides to use a payphone (those still exist?) to call James Finnigan, her stalker/psychiatrist/professor. She doesn’t want to be alone and demands to come over. He was sleeping, but is like, er, okay.

Dylan and Emma lead Norman up to Norma’s bed and tuck him in. Emma is having lung issues and Dylan helps her out by pounding on her chest, so she can get out the phlegm. There’s a nice moment between them where they both lament the fact that they really want to be a part of this family. While that’s nice, I cannot fathom at all why either of them would want to join the two messes that are Norma and Norman. WHY?!

In the hospital, Romero gets a visit from Marcus Young. He basically threatens Romero, saying Bob Paris wants him dead. But, if he decides to work for Marcus, then he can keep his life. He also says he is GOING to be the new sheriff, no matter what. As Marcus heads to the parking lot, his car window is suddenly smashed in. WTF! Romero attacks him, donned in his hospital gown. He grabs Marcus’ gun and shoots him dead, then steals his car. WOW! That was crazy! Go, Romero, go!

Norma arrives at James Finnegan’s house. She is a drunk mess, to put it politely. For some reason, we get a timestamp. 2:36am. Norma tells James about her issues: she doesn’t know if she can keep living her life, her son is messed up and having blackouts, and she feels betrayed that he wants her to talk to her brother after all she did for him. James basically listens and reassures her that it’ll be okay.

Then, Norma tells James that her husband’s death wasn’t an accident. That Norman did it for her and she covered it up. After she tells him, she freaks out, yelling at him to promise not to tell anyone. She tries to run away, but he follows her and comforts her. She agrees to come back and they proceed to make out in his bed. He tries to stop it, saying he could lose his practice, but she doesn’t care and they totally do it!

Meanwhile, at the motel, Dylan awakens to sounds in the kitchen. Someone is making breakfast. It’s Norman… in a dress. Oh, wait, it’s MOTHER! This is a groundbreaking moment. Norman totally thinks he is “mother” and not Norman. Dylan can’t process this, but doesn’t correct Norman or stop him. Norman keeps going on as “Norma” and it is insane! So creepy and good!

7:15am. Norman is back sleeping peacefully in bed. Emma has no clue about what happened last night, but Dylan sure does. Meanwhile, Norma wakes up at James’ place and is frantically dressing. She’s going home with a new found resolve. She is a mother and parents don’t have needs. She says being a parent is like being the “Giving Tree.” You give and give and give until you are a stump. James tells her she should think of herself, but she has made up her mind.

Over at the farm, Caleb seems contemplative. Neighbor Chick, yet another person who is overinterested in the affairs of total strangers, asks with Caleb and offers him the driving gig again. Looks like Caleb is going to take it now.

Norma is back at the motel! She tells her boys (who are sleeping next to each other in her bed) to get up. She is strong, loud, and in charge. She tells them they are going to the farm to talk to her brother. They all pile in her new car and drive to confront Caleb. This is going to be one strange family reunion.

At the farm, Norma and Caleb finally come face to face. Caleb breaks down first, crying and kneeling in front of Norma, saying he is sorry over and over again. Norma then breaks down into tears, too, and hugs him back. They cry and hug and it is overwhelmingly emotional. Dylan watches earnestly, but Norman has that “Psycho” angry look in his eye, which worries me. Caleb better watch his back!

Wow, talk about a crazy episode. Having Dylan finally see Norman as “Mother” was insane and amazing. On top of that, Romero going commando crazy and Norma losing it multiple times were highlights. Are Norma and Caleb okay now? Or, how is that going to work out? This episode began a new phase of the show, changing it up and taking it to the next level. It was definitely my favorite episode of the entire show so far. Kudos to fine acting jobs from all! What did you guys think? Let me know in the comments below! 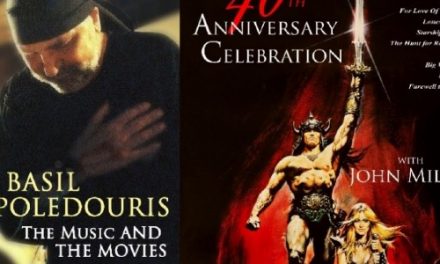