Welp, it’s finally, definitely happening. The show, Game of Thrones, is massively changing itself from its source material, A Song of Ice and Fire, by George R.R. Martin. Tonight marks the first episode where things really take a turn. Sansa and Littlefinger head towards Winterfell, with Brienne and Podrick following. Jaime and Bronn head to Dorne. Margaery gets it on with young Tommen. Now that we’ve entered this territory, anything CAN and WILL happen.

Let’s start off in Braavos, where we last saw Arya finally being admitted to the House of Black and White by her old friend, Jaqen H’Ghar, also known as “no one.” Arya sweeps the floor in a dark spa-like room. She gets impatient with her chore quickly, but Jaqen teaches her a lesson about patience and servitude. He gives one of the patrons a cup of water and the man quietly dies. Okay?!

Later, Arya gets into a fight with her only co worker, a waif (who seems blind? Not confirmed). Jaqen breaks it up, telling Arya she is not “no one” yet, since she possesses all of Arya Stark’s things. So, Arya dumps them all in the bay, except for her sword, Needle. She safely hides it amongst the rocks. Who knows when Arya Stark might resurface and need it?

She goes back to sweeping in her new clothes, but complains immediately. This “no one” has the impatience of Arya Stark, that’s for sure. Well it pays off, because she moves on to sponge-bathing a corpse with her frenemy/co-worker. Fun stuff!

Meanwhile, in King’s Landing, Cersei has to deal with the loving calls of the peasants for Margaery as she makes her way to the dull, happy affair that is King Tommen and Margaery’s wedding. Cersei looks ever so pleased. That is sarcasm. And thus begins the great queenly power struggle of Cersei and Margaery. King Tommen is the piece they are fighting over.

Margaery gets young Tommen into bed and I can’t help but feel icky. Where is Ser Pounce to diffuse the ick factor? Regardless, Tommen is happy and pleased and says, ““This is all I want to do, all day, every day, for the rest of my life!” Yeah, I bet, Tommen. Margaery knows she has it easy with Tommen so starts planting the seeds to get rid of Cersei.

Later, as Cersei walks with her son, he suggest she might be happy going home to Casterly Rock. Margaery has beat Cersei to it. So, Cersei decides to pay Margaery a visit in her den of ladies and roses. This scene was delicious fun with Margaery playing into her power: poking at being Queen, Cersei’s drinking problem, and her lovemaking with Cersei’s son. You almost feel bad for the declawed Lannister Queen. But, oh no, don’t think this is over…

Across town at the Sept of Baelor, the High Septon is playing sex games with cosplaying prostitutes. He is suddenly stopped and paraded through the street naked by the cult-like Sparrows. After his embarrassing ordeal, the High Septon tries to appeal to Cersei and the small council. Well, instead of being on his side, Cersei has him arrested and goes to visit the High Sparrow (the incredible Jonathan Pryce), the leader of the Sparrows. The High Sparrow is humble, modest, and nice and feeds poor people and Cersei wants to work with him. It’s almost like he is too good to be true… I smell trouble! Cersei also has her creepy lackey, Qyburn, send a letter to Littlefinger and we perhaps see a glimpse of the “dead” Mountain, frankenstein-ing out on Qyburn’s table. Freaky!

To the north: Moat Cailin/Winterfell: Littlefinger and Sansa ride north. They are heading towards Winterfell! The biggest change on the show yet. Littlefinger has promised Sansa’s hand in marriage to Ramsay Bolton, the deranged and now legitimized son of Roose Bolton! Sansa is like “HELL NO!” and rightly so, but Littlefinger convinces her that this is her chance to avenge her family. After thinking about it, she decides to go through with it. Oh, poor Darth Sansa! She’s been through so much. I was thinking that there’s only one person in all of Westeros who is worse than Joffrey and it happens to be Ramsay Snow/Bolton. Le sigh.

Roose and his men are busy fixing up Winterfell after Theon’s failed attempt at taking it in Season Two. Ramsay boasts about his skinning of his constituents to get their taxes, but Roose isn’t a fan of his terrible methods. He has a better idea to get the Northmen to follow them: a marriage pack! Enter: Sansa and Littlefinger. This is a big departure from the books, but we shall see what happens! Sansa greets the Boltons, but looks as if she wants to kill them. It’s a great moment. Ramsey’s lover/hunter friend, Myranda, does not look pleased to see Sansa.

Littlefinger later assures Roose that Sansa is a virgin, but Roose is more confused about why Littlefinger is helping them now. That’s Littlefinger. He loves chaos! Ramsey promises Littlefinger that he won’t ever hurt Sansa. HA! I’m hoping she goes Darth Sansa on all the Boltons and takes back Winterfell for her family. It’d be great and so justified! Later, Sansa walks past Theon, who scrubs the ground. She hasn’t noticed him yet. Her new maid expresses northern sympathies. I have a good feeling about this… I hope!

Oh, and Brienne and Podrick continue to follow Sansa. Brienne tells a personal story to Pod and promises to start training him to be a real squire. Aw.

Up at The Wall, Jon Snow has refused Stannis’ offer to become a Stark and we all wept a little. Both he and Davos try to give the newly minted Lord Commander some leadership advice. Does Jon listen? Later, at the Night Watch’s meeting, Jon appoints enemy Alliser Thorne as the First Ranger, in a move of good faith. He assigns sniveling Janos Slynt to repair the dilapidated castle of Greygard. Slynt refuses and disparages Jon over and over, causing Jon to have to take manners into his own hands.

He has Slynt brought out to the courtyard, where he beheads him in front of everyone else, including an approving Stannis. Jon has taken the first step towards leadership and unknowingly gotten revenge on one of the men who betrayed his father. It was a hard move, but the right thing for Jon to do.

And finally, we catch up with Tyrion and Varys as they make their way through the ramshackle bridge city of Volantis. Tyrion can’t stand being trapped in this cart with Varys anymore. He demands to be let out to explore the city, and maybe find a whore. Varys reluctantly allows it to happen. They encounter a red priestess on the way to the brothel and she creepily stares at Tyrion. What does that mean? Greyscale is also mentioned AGAIN. Something tells me someone is gonna get infected! In the brothel, they see a Daenerys Targaryen lookalike whore. Wow, I almost forgot that she hasn’t even appeared in this episode (and to be honest, I’m enjoying not having to deal with her crap). Another prostitute laments that everyone wants the lookalike Targaryen, but Tyrion goes after her, but suddenly finds he can’t sleep with her. Maybe it’s because he killed his former prostitute girlfriend in his father’s bed? I don’t know. I’m not a psychologist.

Later, as Tyrion pees off a wall (as he did in season 1), he gets straight up kidnapped by Jorah Mormont, who was also in the brothel. He puts Tyrion in a bag and ties him up, saying he is going to take him to the queen. Daenerys? Hmmm.

What is going to happen next? We had a lot of great stuff this episode and I personally am a fan of the changes. Putting Sansa back in her home of Winterfell, albeit with insane psychos, is a great, exciting move! What do you guys think? Let me know in the comments below! Looks like we are going back to Mereen next week. Also, Sand Snakes! 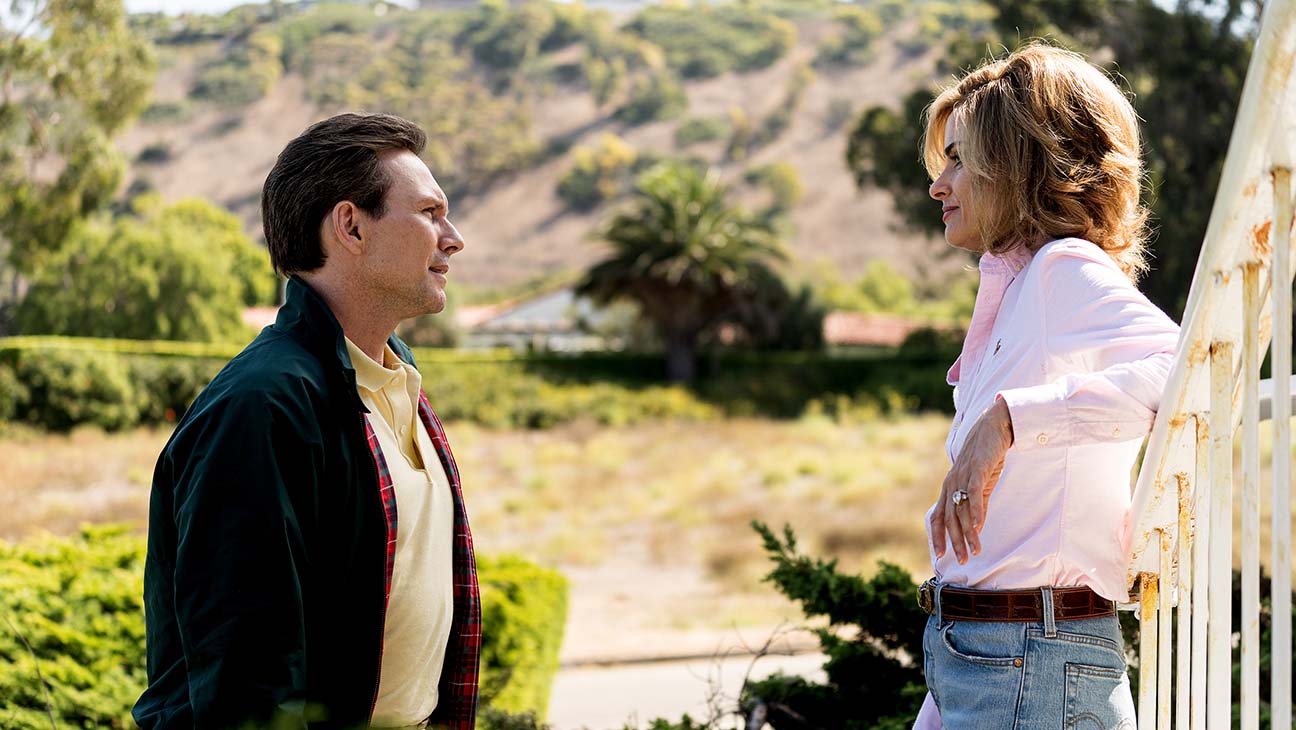