For several weeks now, Oliver Queen has left his city.  No longer able to be the Arrow, and in exchange for his sister’s life, he agreed to ascend to the next Ra’s al Ghul.  This evening’s finale proved that Oliver Queen needed something more if he was to battle and defeat the Demon’s Head.

Team Arrow is last seen captured within the League of Assassins.   The Alpha-Omega virus unleashed upon them.  Fortunately for Team Arrow, the team up of Oliver Queen and Malcolm Merlyn prepared for such an contingency.

I said it in last week’s review, we knew that the team wasn’t going to die, and we already saw from the promo that the Flash would step in to help with the assist.  The timeline doesn’t synch up as well as I would like, especially after Oliver’s appearance on The Flash last night, but it is good to see that the obvious team ups happen.   In the chaos, Barry reminds Team Arrow that Oliver needs them, even if he doesn’t admit it.  He inspired them to believe in one another and to trust in Oliver.

Ra’s, Nyssa and Oliver fly towards Starling City with different agendas.   It is on the plane that Oliver shows his true colors proclaiming he is not Ra’s heir to the demon, rather he is Oliver Queen. For all of Oliver’s plans with Malcolm, the ruse had to end.  His plan was to destroy the virus and kill Ra’s in the air, saving his city but dying in the process.  The demon’s head escapes the plane with the virus and plans of vengeance upon Oliver and Starling City.

A good part of the rest of the episode is positioning. Everyone descends upon Starling City.  Oliver and Nyssa receive a cold welcome as they meet up with Team Arrow.

Each battle is a dance between Oliver and his team against Ra’s and the league.  This leads to what looked like the introduction of Damien Darhk who was also in Starling City. It, instead, is yet another ruse.  He will be one of the bads for season 4 and a rival of Ra’s.

I would love to say I was as excited for tonight’s Arrow as I was for last night’s The Flash, but I wasn’t.  The entire story arch with Ra’s al Ghul and Oliver joining him to be his heir just has never really felt right.  I have tried to separate the DC comics from the CW universe.  In the comics, Ra’s is one of Batman’s big bads and, frankly, is out of Oliver’s league.  I absolutely love Team Arrow and they have shown that they can handle themselves.  I am simply glad that this dimension of the show ended tonight.

Ra’s plan was using four of his league to carry the virus throughout Starling City.  Team Arrow divided to find and stop each of them with Ray and Felicity working on a cure for plan B.  Poor Ray has been there for Felicity this whole season.  Now knowing how much she loves Oliver must be so much more difficult, yet he is part of Team Arrow because deep down he is a hero who wants to help Starling City, while still staying close to her.

Though I have not been a big fan of the Oliver/Ra’s storyline, it has given the opportunity for other members of Team Arrow to shine, as well as brought in new heroines.  Laurel has become the Black Canary.  She is once more confident in herself and her place within Starling City.  She also has a nice conversation with her Dad, Captain Lance.  He has started drinking again, convincing himself that limiting his consumption makes him in control.  Laurel saying to her dad that they ‘are drunks, they can’t drink’ was powerful.  That he could stop drinking, and be the man both his daughters were proud of and help save the city.

Another added bonus was Thea’s “Speedy” uniform as she helped John stop one of the league.  She looks pretty awesome, really.  It is obvious it was a design from Roy’s uniform, but much more form fitting for Thea.  I think we will be seeing much more of Speedy/Red Arrow in season four.

Finally Ra’s and Oliver meet.  We all know that a battle will be the outcome.  We also know that Oliver will be victorious this time.  The feel of the fight felt very different from the midseason finale.  Yes, Oliver has been training but come on, it is Ra’s al Ghul.  Part of the answer could be because of something Felicity told Oliver before he left to face Ra’s.  She told him not to fight him as if he was going to die, but rather as if he was going to live.  Basically, Oliver stop being so thick headed and fight to get back to the woman who has loved you for years now.

When Oliver defeats Ra’s, I thought, “good… now on to the next part of this journey.”  That is when the journey went somewhere I really wasn’t expecting.  T

eam Arrow gathered together, and Oliver shares how the city has a team of heroes.  More importantly Oliver admits that the city doesn’t need him as the Arrow.  Most importantly he asks Felicity to join him.

For Oliver and Felicity, the season ends with them together driving away, beginning their journey as a couple.  For Ray Palmer, he discovers that his suit may be able to shrink and is working on that when his lab explodes.  I am sure this will be a lead into this Fall’s Legends of Tomorrow.

Arrow will return this Fall on The CW. 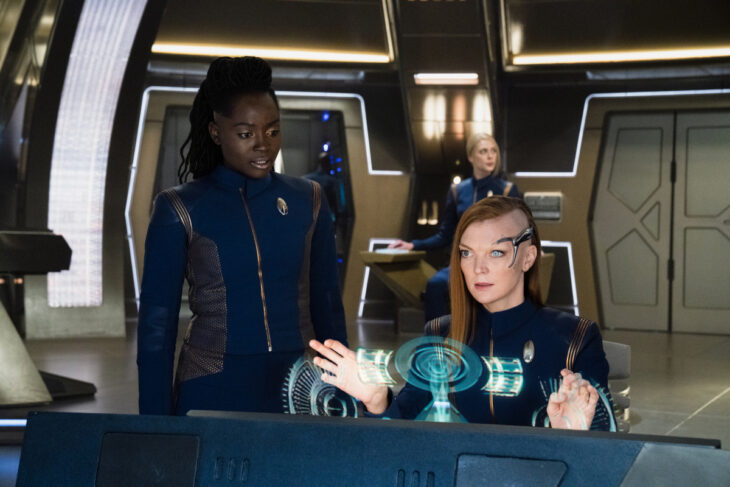