By Erik A. Williams

Taking any indie film to fruition is no small task, even if you are blessed by having a legend for a father. For Sam, Nicholas Brooks took on the triumvirate of co-writing, producing, and directing. I applaud him in that endeavor. He excelled in all three.

Sam, played by Brock Roberts (Breathe In, Major Crimes) is the embodied cliché 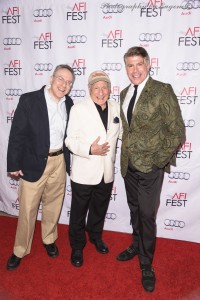 of a manly man’s man. He’s an uber jock with no respect for or understanding of women. His first scene finds him talking with his best friend Doc (Sean Kleier, The Intern) trying but not succeeding to figure out what the two women sitting across from them are saying in “women speed talk.” In this encounter and every moment of Sam’s life, he fails to acknowledge any sensitivity to female emotion.

After attending his friend’s bachelor party, he finds himself in a party haze and ends up in a strange bric-a-brac store of oddities where he meets a Shopkeeper (Stacy Keach, American History X) who shares with him the powerful story of a woman who proved herself in a time of revolution. Sam brushes off the story while finishing off the tea the man had offered him upon arrival.

When Sam awakes the next morning, he finds a few major things are missing. Tantamount of those are his twig and berries. After repeatedly checking himself in mirrors and swimming back under the covers to make sure this isn’t some crazy nightmare, Sam realizes that this is no dream. Sam has become Samantha.

His first action is to seek the council and prognosis of his very best friend Doc who is an OBGYN. He storms into Doc’s office interrupting an exam in progress demanding that Doc try to figure out what has happened. This is no small feat, of course, since Samantha is a woman complete with all the features therein. Samantha then attempts the old “tell him something that only I could possibly know” trope which slightly leans Doc to wonder but does not shake his belief that there is no way this is his best friend in a new female form. Samantha then cuts off a strip of her hair telling him to run a DNA test which will undoubtedly prove that she is he. Doc certainly does not believe her but hangs onto the clippings anyway finally deciding to present them to his associate for testing.

Accepting that she must at least temporarily remain in this body, Samantha goes into work. She presents herself as “Sam’s cousin Samantha” telling her boss and co-workers she has all of Sam’s knowledge and business sense and that she will be filling in for her cousin until he returns. Her first encounter with her boss quickly becomes an extraordinarily uncomfortable one as he makes direct sexual advances. This occurs even though he had just had a conversation with his wife (Morgan Fairchild, The Seduction) about their naughty bondage session the night before.

After being back at work for a while, her lack of femininity in manner and wardrobe calls attention to itself. So she begrudgingly agrees to meet with stylist wunderkind Alexander Blondell (Bryan Batt, 12 Years a Slave). Though Samantha fights him tooth and nail at every suggestion, she finally gives in and allows Alexander to work his magic turning Samantha from droll to tres chic.

A couple days go by as Samantha continues to explore her body and Doc deals with his fiancé Cynthia (Sarah Scott, Soaked in Bleach). Then the DNA test results come back. Doc’s associate Stephen (Tom Pelphrey, Guiding Light) says that he has never seen a test results so similar to the subject before including in twins. Samantha is definitely Sam.

Disproving his utter disbelief, Doc warms up to Samantha accepting that his friend has become a beautiful woman. Continuing to confide in Doc as she always had as Sam, Samantha frequently visits him presenting her new lady happenings. This is much to the chagrin of Cynthia who is quickly becoming even more annoyed with Samantha than she was with Sam’s hijinks. This ends up pushing Cynthia away and bringing Doc and Samantha closer together.

Weeks pass. Samantha finds her way at work as her relationship with Doc has develops into indelible affection. One night, before leaving to meet Doc at a dance, Samantha finds a letter under her door from the Curiosity Shoppe where she had been given the magic tea making her into the woman she has become. The note from the shopkeeper says that she must choose by midnight.

As they dance into the night, Samantha shares with Doc that she has come to embrace herself and her feelings for him. She knows that he has fallen in love with her. She confides out loud that she feels the same way for him. They share a sweet, impassioned kiss.

Suddenly, she pulls him aside telling her he must take her to the shop before midnight. She asks if he trusts her. He nods. When they arrive, the invisible shop has reappeared as if it had always been there. She enters and is greeted by the mysterious shopkeeper who once again offers her the magical brew. An long moment is breathed as the shot moves to Doc awaiting his love in the winter air. Finally, Samantha, still Samantha, exits the shop embracing Doc in a loving embrace. She made her decision to stay a woman. And in that decision, she also chose love.

Sam is executive produced by comedy legend Mel Brooks (The Producers, Robin Hood: Men in Tights) and premiered in the Nashville Film Festival. It has, so far, earned two further laurels as an official selection of the SoHo International Film Festival and AFI.

It’s a beautiful film full of magical romance performed to heart by its entire cast. If it plays in a festival near you, make sure to see this imaginative and heart-warming film.

Photos from the red carpet by Eugene Powers 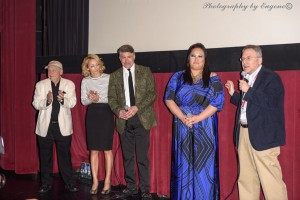 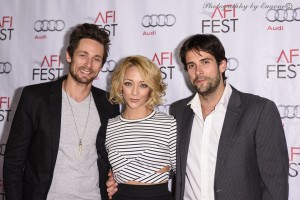 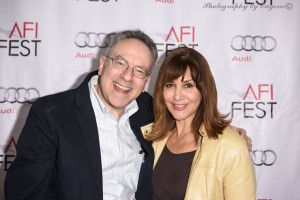 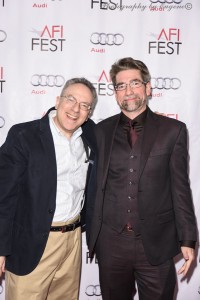 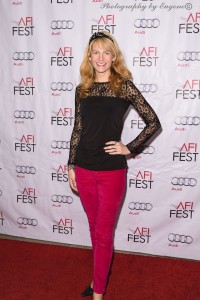 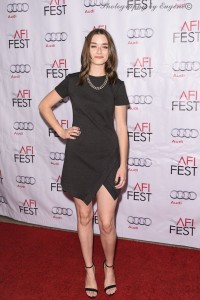 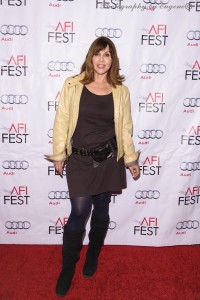 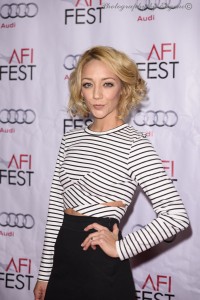 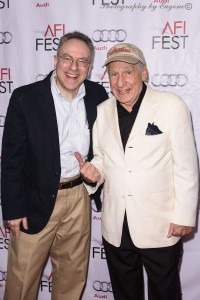 Cheese (Lane Factor) goes on a ride-along with Officer Big (Zahn McClarnon). Spoilers Below In Reservation Dogs Season One Episode...