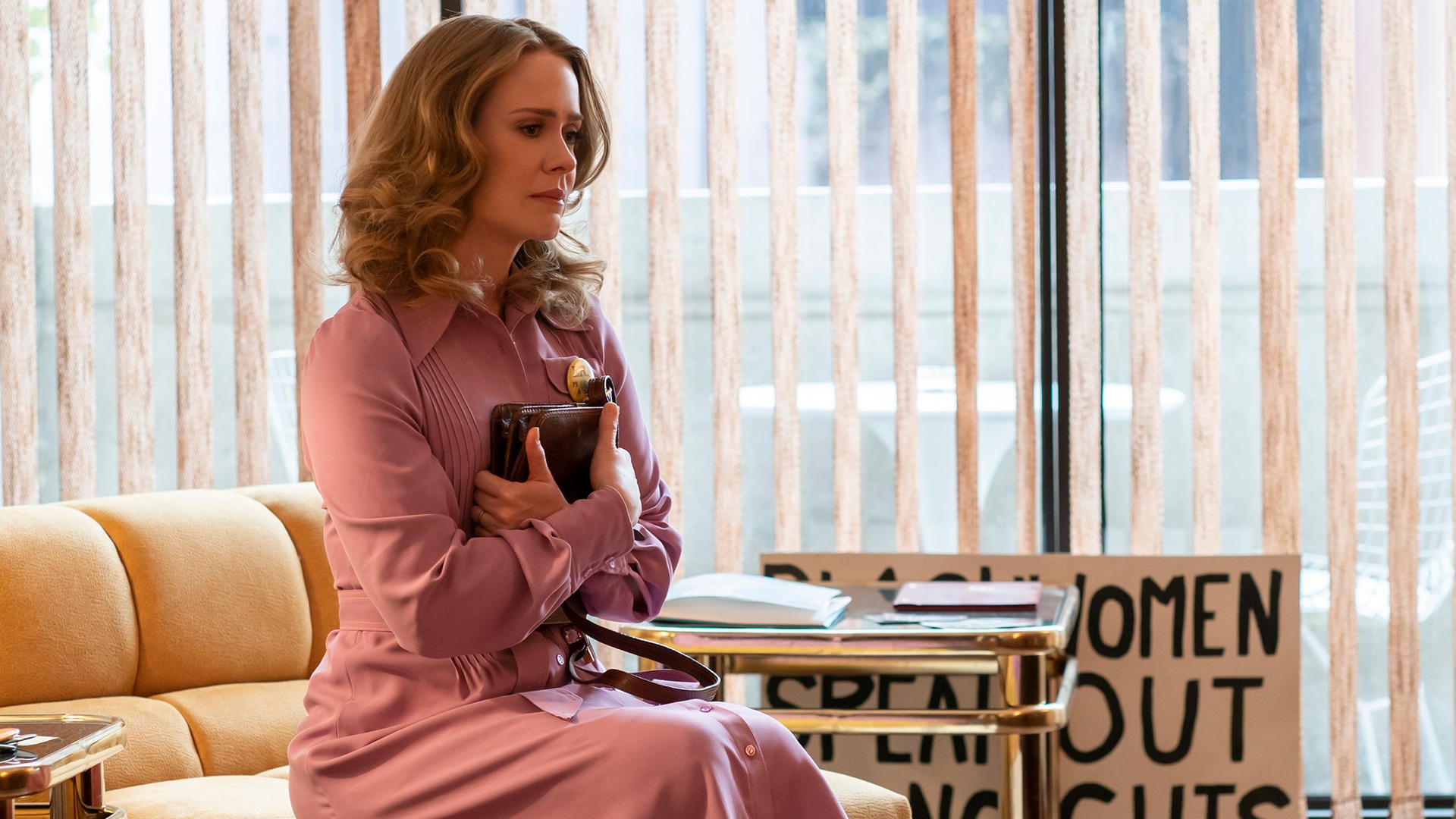 In 1977, Alice Macray, Pamela, and Rosemary Thompson went to the National Women’s Conference. Alice starts reconsidering her hardline position after spending time among the “enemy.”

Mrs. America Episode 8 “Houston” focuses almost entirely on Alice Macray’s perspective during the National Women’s Conference. “Houston” is one of the most reflective episodes since we spend the whole-time following Alice. For those who do not know, Sarah Paulson’s character is not based on one particular person. Alice Macray represents an array of Phyllis Schlafly’s friends.

For the last seven episodes, I was wondering why Sarah Paulson would sign up for Mrs. America. The role of Alice Macray has been minor. After watching “Houston,” I have my answer. Alice went through such a significant character transformation in just one episode. She grew agency right in front of us. She shifts from seeing the ERA as evil to being open to hearing their point of view.

At the start of the episode, Macray criticizes her friend Pamela for attending the National Women’s Conferences without her husband’s permission. She learns about her friend’s “rebellion” when they had to drive to Houston because Pamela does not know how to buy a plane ticket, which does not seem to faze her.

Macray transformation starts after one disastrous national interview about why STOP ERA opposes extending the deadline for ratifying the Equal Rights Amendment (ERA). Alice has a hard time reading, so she memorizes the speech that she is going to give at the Women’s National Conference. During an interview, Rosemary Thompson reveals that Macray is the one giving the STOP ERA address. The reporters shift their attention to Alice, who is at first flattered by all the attention, but then struggles to answer the questions without repeating the speech she memorized.

When a reporter tells her the majority of women to support the ERA, Alice is flustered and can only parrot what Phyllis Schlafly has told her. After the interview, Macray finds solace, alone at a hotel bar. Alice connects with an older Christian Southern Woman. She prays for Alice to find the strength to go on with her fight. The two discuss their husbands and children. Macray confides with her new friend that she met Phyllis at a PTA meeting and latched on to her beauty and knowledge. She explains that Schlafly brought her into political awareness. Then the Southern older woman reveals that she supports the ERA, which freaks Alice out. How could a Southern homemaker be a “Libber” Feminist?

Alice, now drunk and reeling from befriending a Feminist, finds herself wandering the halls looking for food. We see this Female Progressive utopia the way she does, as a hallway of nightmares. Soon her viewpoint shifts from a nightmare hells-cape to a safe space.

Alice wanders into a church where a nun is giving a sermon about how Christianity initially let women be leaders in the church. She comes up for a blessing from the nun. Alice questions the nun about her ability to give a Catholic sacrament but accepts the “blood of Christ” and the Eucharist.

This scene is followed by a montage of Alice attending all these Feminist gatherings and taking part, including singing with a group of Lesbians while having dinner. The night ends with Alice finally finding Pamela back at their shared hotel room. They are sharing the room with Black Feminist Republican Activist Audrey Rowe Colom (Melissa Joyner) and her daughter since the hotel was overbooked. While Pamela and Alice bicker about losing each other, Gloria Steinem strolls up. Phyllis Schlafly had instructed them to attack Steinem when they see her verbally, but neither woman says a word.

When Gloria, Pamela, and Alice arrive at the room, Audrey explains that she and the other feminists she’s meeting with have to keep working. Drunk, Alice stares at Gloria in shock as it sinks in that she’s sharing a room with her enemy. Steinem compliments her, saying the color of her blouse suits her. Alice smiles. She is charmed. Later on, pajama-clad Alice watches the ERA women discuss issues.  She witnesses what a real political movement looks like where all viewpoints are considered instead of the tyranny of one voice.

During a STOP ERA meeting, Alice questions why they need to vote against everything the Feminists are proposing. She argues they should not vote against proposals just to be stubborn, especially since she agrees with some of their platforms. She points out that they are not under attack. They ignore all of her arguments. Then during the voting portion of the Women’s National Conference, Alice wavers in her past held beliefs.

When the convention delegates vote on “Supporting Lesbian Women,” Alice joins her group and turns her back in protest against the majority who support placing it on the Bill of Women’s Rights. She looks back with longing as the Feminists celebrate their victory. She even stands to cheer for the resolution that women would be connected in sisterhood forever. She holds hands with Pamela, who stands with her. Macray promises to help her friend deal with her abusive husband.

Alice transforms from a stubborn Conservative woman who believes that wives should do everything that their husbands want to somebody who has compassion for her friend’s suffering. The episode’s last scene in the National Woman’s Conference is Bella, Gloria, Betty, Brenda, Jill, and the rest of the women we have been following holding hands while they sing “We Shall Overcome.” Watching these powerful Feminist Women celebrate is empowering. 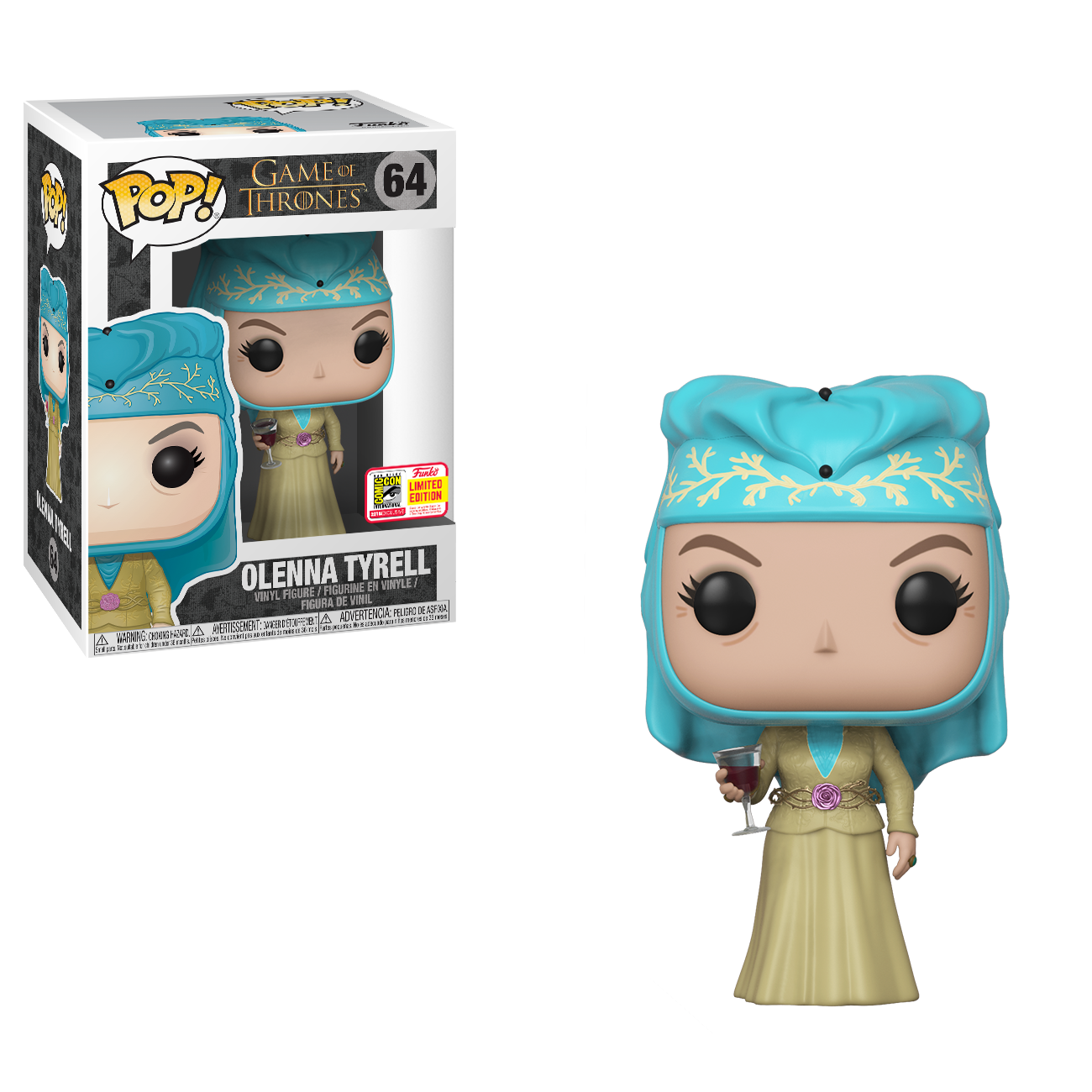