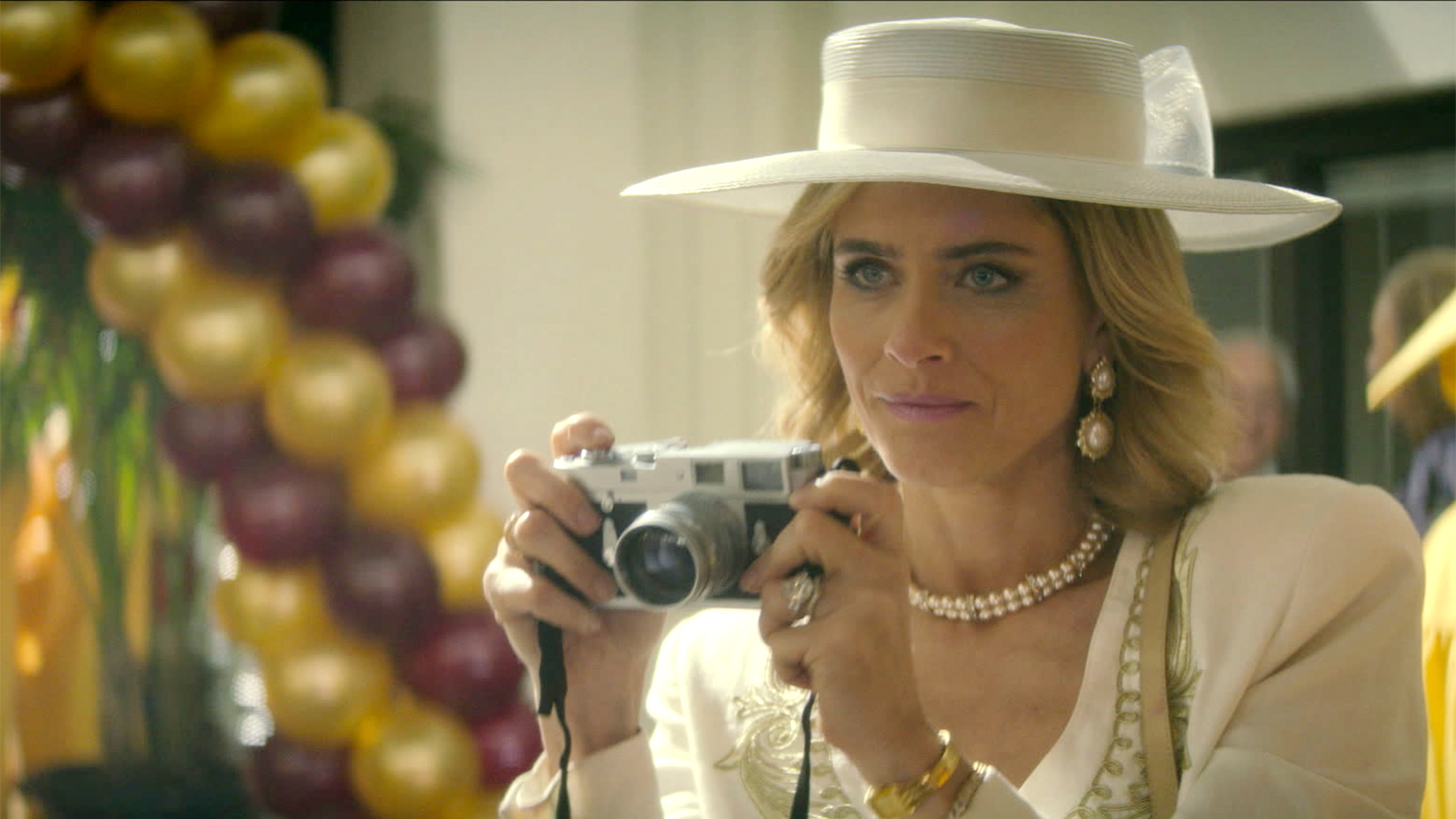 Betty represents herself before the judge in the Broderick divorce court proceedings.

In Dirty John: The Betty Broderick Story Season Two Episode Six “The Twelfth of Never,” directed by Shannon Kohli, we see what led directly to the murders of her ex-husband Dan Broderick and his fiancé Linda Kolkena. Betty decides to have Pro se legal representation to control her fate. Dan continues to use legal loopholes to gain the upper hand in the deciding of the terms of their divorce. Linda is the victim of the mental war that the two Broderick’s are waging against one another.

The most chilling moment in “The Twelfth of Never” is when Linda asks if she and Dan can add some security measures to their home to protect themselves from Betty who has continuously harassed the couple. She has recorded threatening derogatory voice messages on their voicemail machine, broken into their house, and destroyed their personal property. Within the episode, Betty calls Linda a whore or slut in front of everybody, including her children. The divorced wife has even told one of her lawyers that she would rather kill Dan than become a single mother. Betty once rammed a car into their home, knowing they were inside. Dan and Linda should take the threat to their lives and property seriously.

But, Dan Broderick decides against adding a security camera or sensors to his property. He doesn’t want Betty to know that she has gotten to him. Dan’s hubris led to the murders. If only they had some security in the home, then maybe Betty would have been caught before anything happened. My heart stalled when I saw Dan arrogantly brush off the real concerns of his fiancé Linda.

Instead, Dan continues to gaslight Betty in court. Dan and his new divorce lawyer first argue that they did not know about the Epstein Credits until the divorce proceedings even though we know from earlier episodes that he did. Epstein credits are where the courts will reimburse one spouse from the community account spent on the upkeep of the other. Second and most importantly to Betty, Dan downplays how much she both financially and emotionally supported him during Medical and Law School. He scoffs at the fact that family was on food stamps, not liking to appear weak in the Law community. Dan implies that any financial support she offered was for selfish reasons. Dan forgets the fact that both he and Betty aspired to wealth.

They both enjoy living the high life. Broderick argues that Betty is greedy because she spent more and more of his money as his law practice grew. Dan disregards that much of the money Betty spent went to the children, and even before they were wealthy, he would spend so much on himself they did not have money for food.

The only fair argument that Dan and his divorce lawyer make is that Betty is mentally imbalanced and should not gain full custody of their children. Throughout Dirty John: The Betty Broderick Story, Betty has threatened Dan and Linda in multiple ways, including stalking Linda by taking photos of her at their eldest daughter Kim’s graduation. She refuses to get professional help. During the trial, she keeps on bringing up questions about Linda even though the judge warns her that they are not pertinent since California is a no-fault divorce state. The fact that Betty spends all of Kim’s high school graduation seething at Linda’s presence, intimidating her instead of celebrating her daughter, makes it evident that she should not gain custody of her minor children.

When the judge rules that Betty will only have custody of the children every other weekend and 16,000 dollars per month, she loses all hope. At the start of the episode, Betty feels empowered after meeting with HALT, a group that helps people who feel crushed by the legal system. One of the leaders encourages her to keep on fighting. Betty meets with a reporter to tell her side of the story, but Dan shuts down the publishing of the full article by threatening to sue the reporter.

During the trial, Betty believes that she has a chance of getting everything she wants. She spends a lot of time preparing for court every day. She goes through all of Dan’s paperwork that she has saved throughout their years together. Other than the questions about Linda, Betty does a great job interrogating Dan on the stand. She makes a moving closing statement about how Dan has dishonored their marriage and the sacrifices she made for their family. All Betty wants to be is a wife and mother. She already feels devastated because her parents refuse to come to support her. When Betty hears the verdict, she breaks from reality.

At home, Betty looks through the photos from Kim’s graduation, smiling away until she reaches the images that she took of Linda. She then stares up to a newspaper clipping, pinned to the wall, that she got in a mail announcing Dan and Linda’s engagement. The words, “You are a fat pig.” are scrawled across the clipping. While it is ambiguous who wrote the message, Betty believes that Linda sent the clipping. Her rage toward Linda and Dan lead her to seek revenge.

Amanda Peet does a brilliant job playing Betty Broderick at the gun store buying the murder weapon. She has a blank, confused look on her face as she purchases the gun, uttering some comments about how she used to be a marksman in high school. The scene has a voice-over of Betty talking about how she has a right to defend her family. She comments on how legally men can protect their property and family with violence, but women are not supposed to get mad. Society wants women to kill themselves instead of “bothering” anybody else.

I think Betty has a point; society privileges men over women. Especially in the 1980s, women are expected to stay passive and compliant with the men in their lives. Women should challenge how society tries to socialize us, but not by killing others. Dan takes advantage of Betty, but there is no excuse for cold-blooded murder.