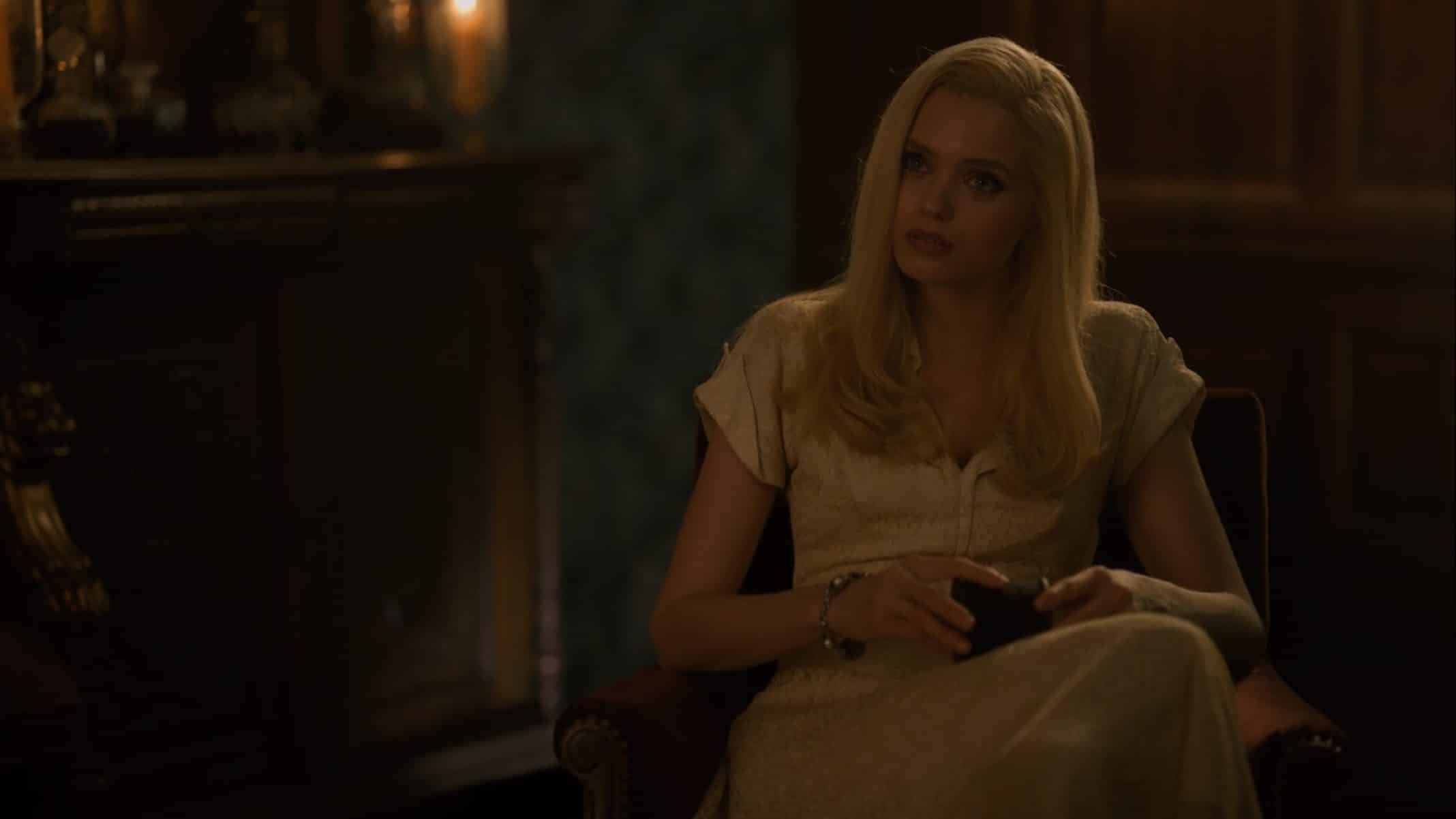 Atticus, Uncle George, and Leti search for Montrose at the Braithwaite Estate, where the father is trapped.

Lovecraft Country Season One Episode Two ” Whitey’s On the Moon” directed by Daniel Sackheim wrestles with wizards, an elite KKK like organization, monster breeding, sexism, and racism. I love how ” Whitey’s On the Moon” delves deeper into the supernatural horror lore of this world. At first, Uncle George and Leti revel in the riches available to them at Ardham Lodge in the Braithwaite Estate, like their favorite books or beautiful clothes that fit them perfectly. But Atticus grows suspicious of the lodge since all these White people are so welcoming to them, especially after realizing that neither Uncle George nor Leti remembers how monsters attacked them in the woods the night before. The trio digs deeper into the Braithwaite Estate. They learn that Atticus Freeman is related to Titus Braithwaite, the founder of the Order of the Ancient Dawn and his slave Hannah.

One of my favorite parts of Misha Green’s Lovecraft Country is how she uses music to explore race issues in the series. The episode opens up with the theme song “Movin’ on Up” by Ja’Net DuBois from the 1970’s American sitcom The Jeffersons. The sitcom is about a Black couple that moves into a high rise in Manhattan after the husband George Jefferson’s dry-cleaning chain does well. The song “Movin’ On Up” is all about a Black family finally enjoying the American dream. Leti and Uncle George enjoy pieces of the “good life” that White American has kept from them in the first few scenes of the episode. Also, based on the trailer for episode three, Leti Lewis and her sister Ruby Baptiste (Wunmi Mosaku) will be moving into a “White” neighborhood. Our characters are “movin’ on up” like the Jeffersons.

The other fantastic song is the spoken word poem “Whitey’s on the Moon” by Gil Scott-Heron. The episode is named after the spoken word poem. “Whitey’s on the Moon” is about how the government can pay for White men to fly to the moon but leave their Black citizens with no safety net even though they help this nation function. This spoken word poem plays while the Order of the Ancient Dawn harnesses Atticus’ magical blood to open a portal that will bring the garden of Eden back to Earth in the hope, that they will become immortal and right “the natural order.” The Order attempts to lynch Atticus magically. This spoken word poem leads the audience to think about how through the government, White American society metaphorically (sometimes literally) lynches Blacks to gain power.

The Order of the Ancient Dawn has a lot of ties to the Ku Klux Klan. Samuel’s daughter Christina (Abbey Lee) tells Atticus that the Order of the Ancient Dawn is not part of the KKK, but there are many similarities woven throughout this episode. The costumes that the Order members wear are reminiscent of the White hoods. The Order’s hoods are colorful, but the style is identical to Klan’s outfit. The members wear the hoods to cover their faces while trying to “lynch” Atticus toward the end of “Whitey’s on the Moon.”

One of the other significant similarities to the Klan is the linkage to Christianity and sexism. Samuel considers himself like Adam. Adam put every being on Earth “in their place.” Since Adam created Eve from his rib, Samuel sees his daughter Christina and all women below men. They exist to serve their husbands and fathers. Women are not allowed to be part of the Order of the Ancient Dawn. Similarly, the Klan historically don’t have any women members.

Christianity has been used to excuse slavery and the violent actions of Alt-right groups like the KKK. Samuel expresses how he sees Atticus and other Black men as lower beings. The Order doesn’t allow Black members. Atticus is only allowed in the member’s chamber because he is directly related to the founder Titus, but they see his blood as tainted. Blacks only exist to serve White men in their minds.

Christina is a prime example of how our society oppresses white women, but they take part in Blacks’ subjugation. She benefits from the system. Christina may not be a member of the Order, but she still learned magic and lives in luxury. She is well educated, though she is just expected to serve her father. Christina’s father has no respect for her. Christina doesn’t believe in bringing back the garden of Eden, but she still lures her long-lost relative Atticus into a trap so her father can open a portal. She has many opportunities to free their three Black guests from the lodge. Instead, all she does is break the spell that made Uncle George and Leti forget about the monsters. Christina says she wants to be Atticus’ friend, however other than saving them in Simmonsville; she doesn’t do much to assist them.

“Whitey’s on the Moon” solves a few mysteries, but more questions come up. The wizards cast a spell that makes Uncle George hallucinate his first love, Atticus’ mother, Dora. The two dance and reveal that George has two children. So far, we have only seen one child, Diana. This comment, paired with Dora being George’s first love, makes me think that Atticus could be his other child. Then after the group rescues Montrose, the two brothers fight over who is Atticus’ birth father. Was Dora involved with George before she married Montrose? Is that why he was abusive toward Atticus? The episode ends with Uncle George appearing dead after they all crash into an invisible barrier trying to escape the lodge. Next week we will see what happened to Uncle George and perhaps learn more about why Montrose went to the lodge. 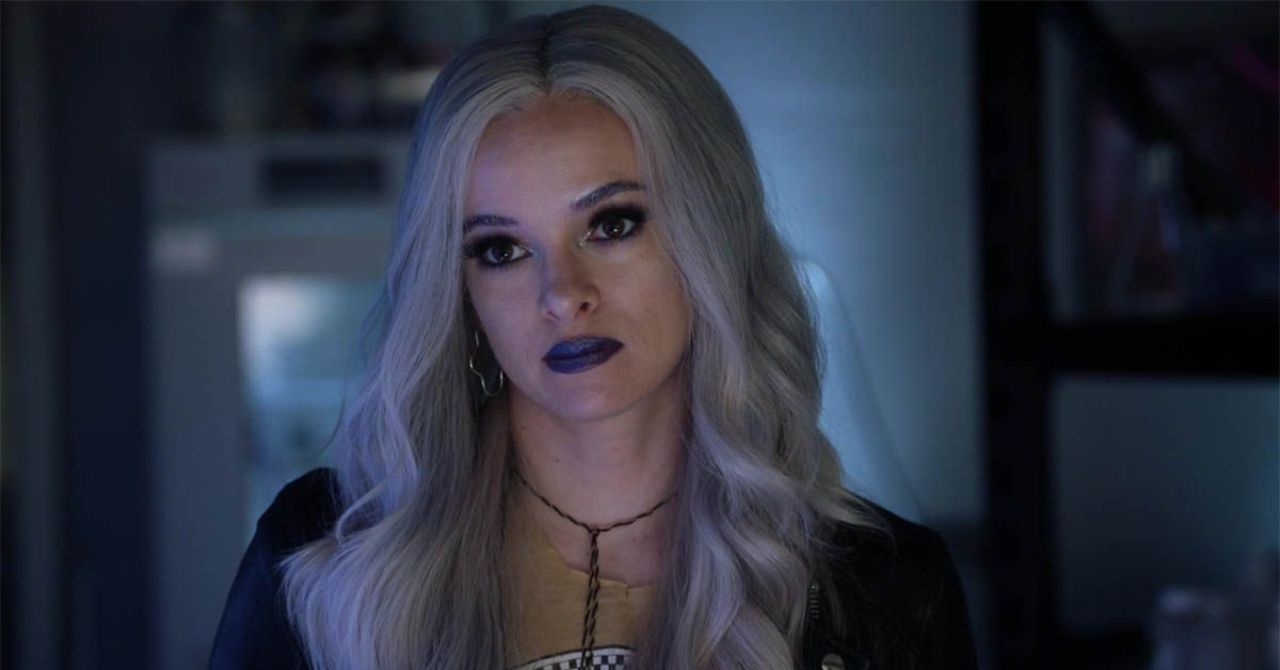