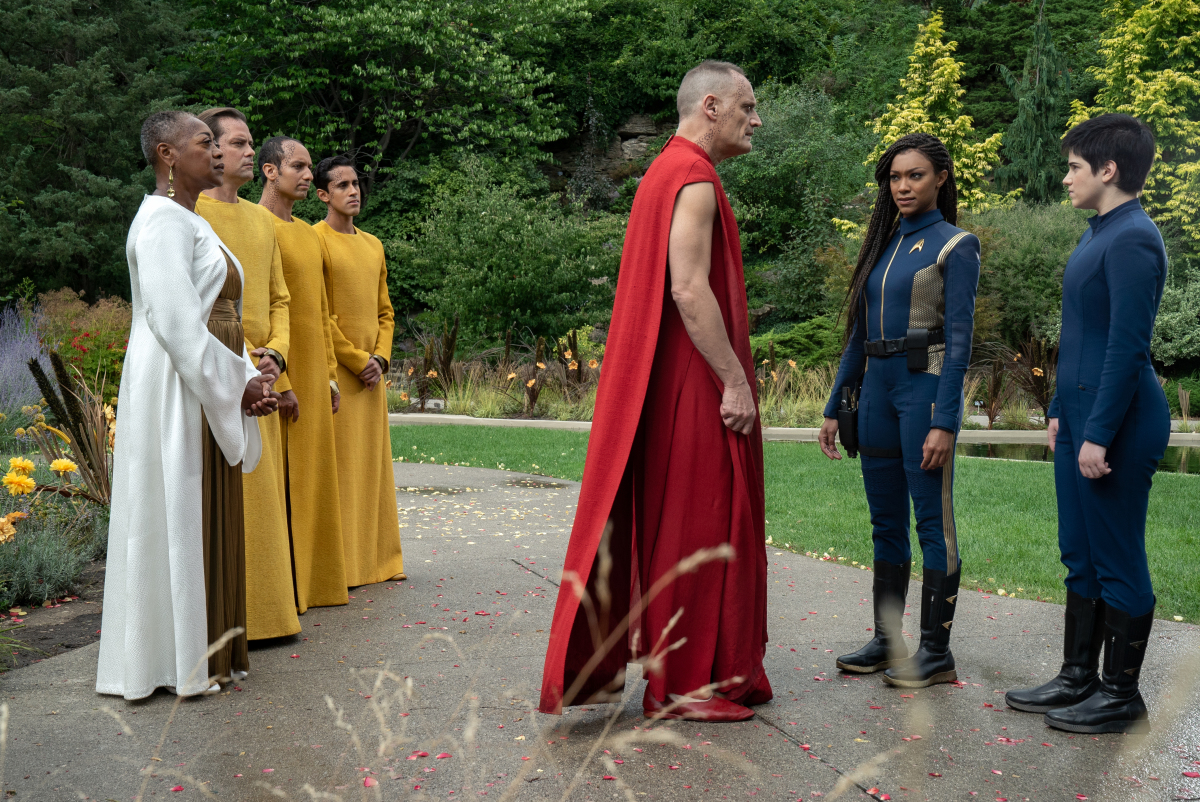 Commander Michael Burnham takes Adira down to the Trill homeworld to re-discover their past and Tal’s previous hosts’ memories.

Star Trek: Discovery Season Three Episode Four ” Forget Me Not” wrestles with trauma and re-connection. Michael flies with Adira down to the Trill homeworld to access Admiral Senna Tal’s memories to find out where the new Starfleet headquarters are located. Captain Saru notices that his crew is traumatized and tries to find a way to heal their spirits.

In ” Forget Me Not,” the audience learns about Adira’s past and future. Adira doesn’t remember anything from their past. Doctor Culber discovers nothing medically wrong with them, so some trauma from joining with Tal has blocked all of their memories. The only hope is for the Trill to help Adira regain all their past.

The Trill has a complicated response to Adira. We have learned from Star Trek: Deep Space Nine that the Trill believes that only a select few of their kind has both the moral and biological ability to receive the honor of joining with a symbiont. Trills are selected in their early twenties and go through intense training before being paired with a symbiont. Adira, a human being with no training, joined with a symbiont, goes against all of their beliefs. The Trill leaders refuse to help Adira even though most of their symbionts were killed during the Burn. Their history is lost, and Adira Tal should be a symbol of hope. They and Michael are told to leave the planet immediately.

Thankfully a Trill guardian named Xi agrees to help Adira remember their whole identity. Xi takes them to the holy Caves of Mak’la so they can commune with Tal. I have to say the new Symbiont pools and the caves are a significant upgrade from Deep Space Nine. The caves look mystical and spiritual because the special effects have finally caught up with the original vision. Adira enters a trance and submerges themselves into the water. In the pool, they can communicate with their Trans boyfriend and Tal’s previous host, Grey. Adira accesses memories of their past through touching strings that represent different moments in time.

Adira’s memories of their relationship reveal a lot about them. First, Adira says they are so impressed that Grey could join with a symbiont and said they couldn’t ever do that. But Grey says that’s nonsense; joining is all about trust. Perhaps Adira didn’t just block out all of their memories because of the loss of their boyfriend, but because they don’t trust their ability to be more than just themself. Second, when Adira watches Grey Tal playing the bass, they said he broke his promise because he was different from before. After joining, Grey can play new instruments and do many other things he couldn’t do before. The joined Trill says that he is still himself, but just way more than that. This reminds me of how we all change throughout our lives because of the people we know and experiences we go through. After humans die, we live on through the memories of the people we love. Men and women influence each other, so like joint Trills, we are a mixture of all genders. We are more than just ourselves because we are all connected.

Lieutenant Keyla Detmer’s storyline reveals how much Star Trek: Discovery has improved with the way it deals with character development. An issue I have with the majority of Modern Star Trek is how there is not a lot of character development. In Discovery, only a few characters feel like real people. For example, last season, in ” Project Daedalus,” we learn Lieutenant Commander Airiam is a human being whose consciousness was placed in a cyborg body after suffering a significant space accident.  Control takes over her body, then she is vented into space to save the crew. Our only warning from earlier in the season is Airiam’s eyes flash red once. I didn’t feel much emotion about Airiam’s death since she had limited development before that episode and the storyline felt rushed.

” Forget Me Not” has a whole lead up to the reveal that Keyla is suffering from PTSD. In the second episode, Keyla seems disoriented and takes a minute to respond to commands. She is shocked when Culber gives her a clean bill of health. In the previous episode, Keyla is reticent to risk the USS Discovery to protect Michael and Book’s starship. Then there is a build-up to the pilot’s emotional breakdown in ” Forget Me Not,” starting when she refuses to speak to Calbur about her feelings. When Saru invites the whole bridge crew for dinner, it’s evident that she is uncomfortable with socializing from the start of the evening. Keyla freaks out when she is forced to recite a made-up Haiku. She can’t help but make a Haiku about Paul Stamets’s blood being hard to remove from the floor.

Keyla is traumatized from her experience traveling nine hundred years into the future. She feels guilt about the lives lost that day. Keyla doesn’t feel like Stamets or the other bridge crew members value her role as the USS Discovery’s pilot even though she is the one who safely flew them through the wormhole. She believes that Stamets acts like a rock star since he is the only one who can operate the spore drive, allowing them to travel warp speed. Thankfully, in the end, Keyla agrees to speak about her trauma with Culber. The pilot is not okay yet, but she is on a healing journey.

After embracing all of her previous hosts, Adira Tal gives Michael the coordinates to the new Starfleet headquarters. I cannot wait for the USS Discovery to find their home next episode. 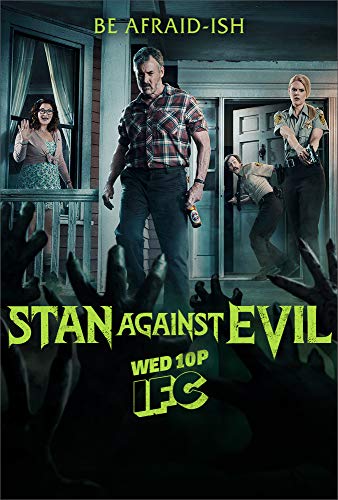 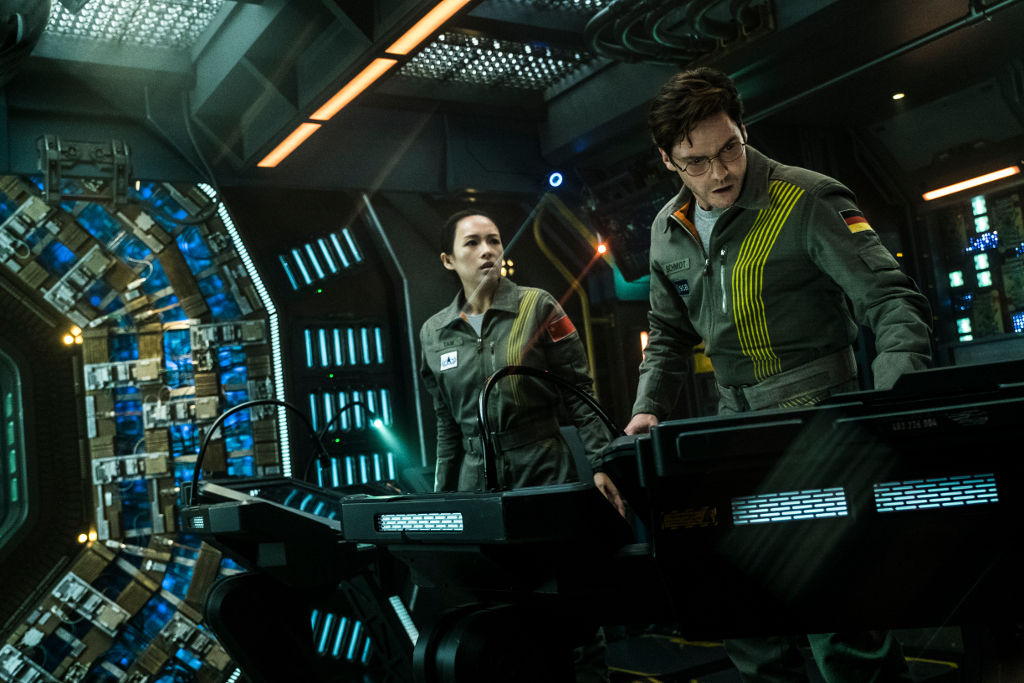 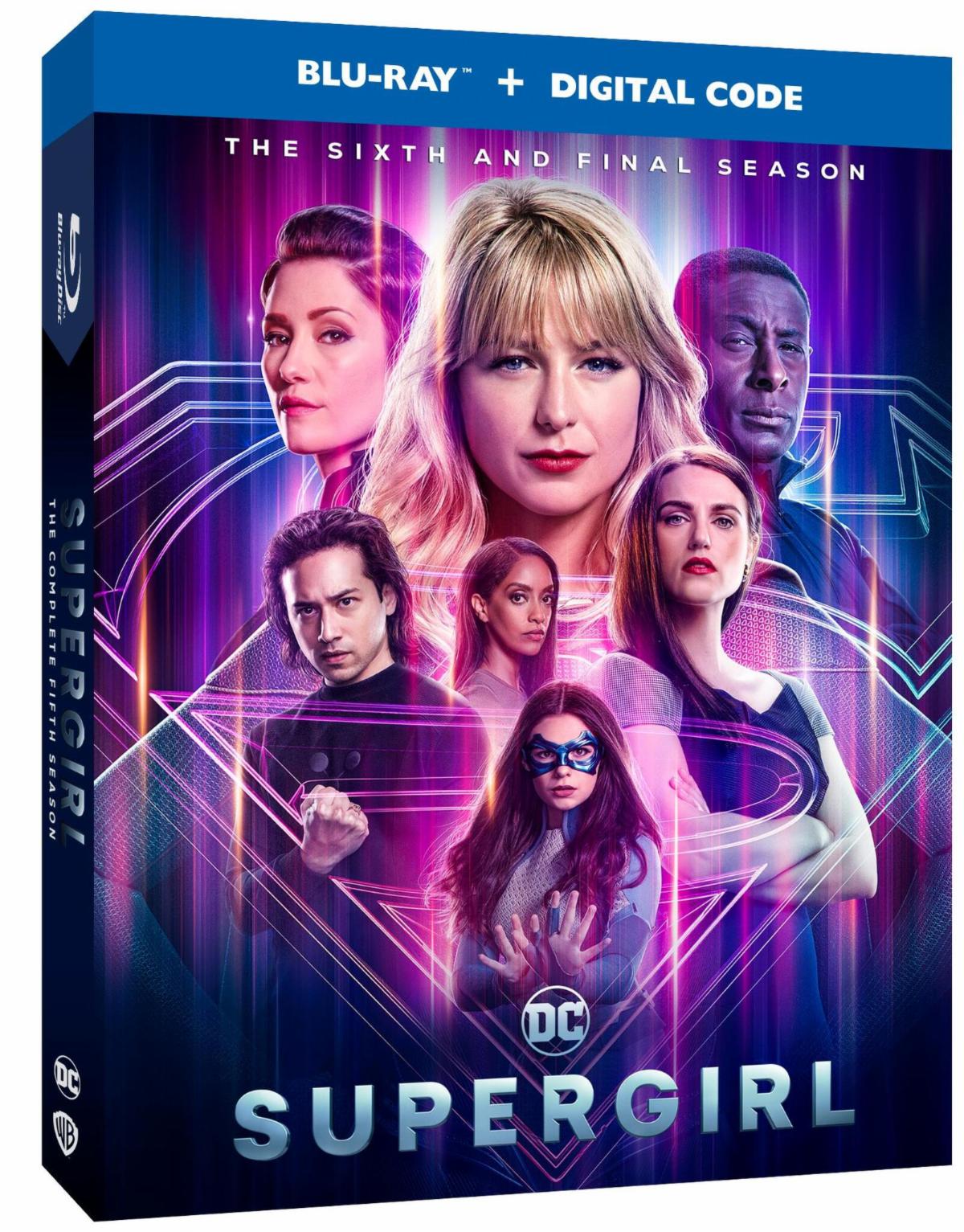