TV Review: These ‘Animaniacs’ are Not Quite Zany to the Max 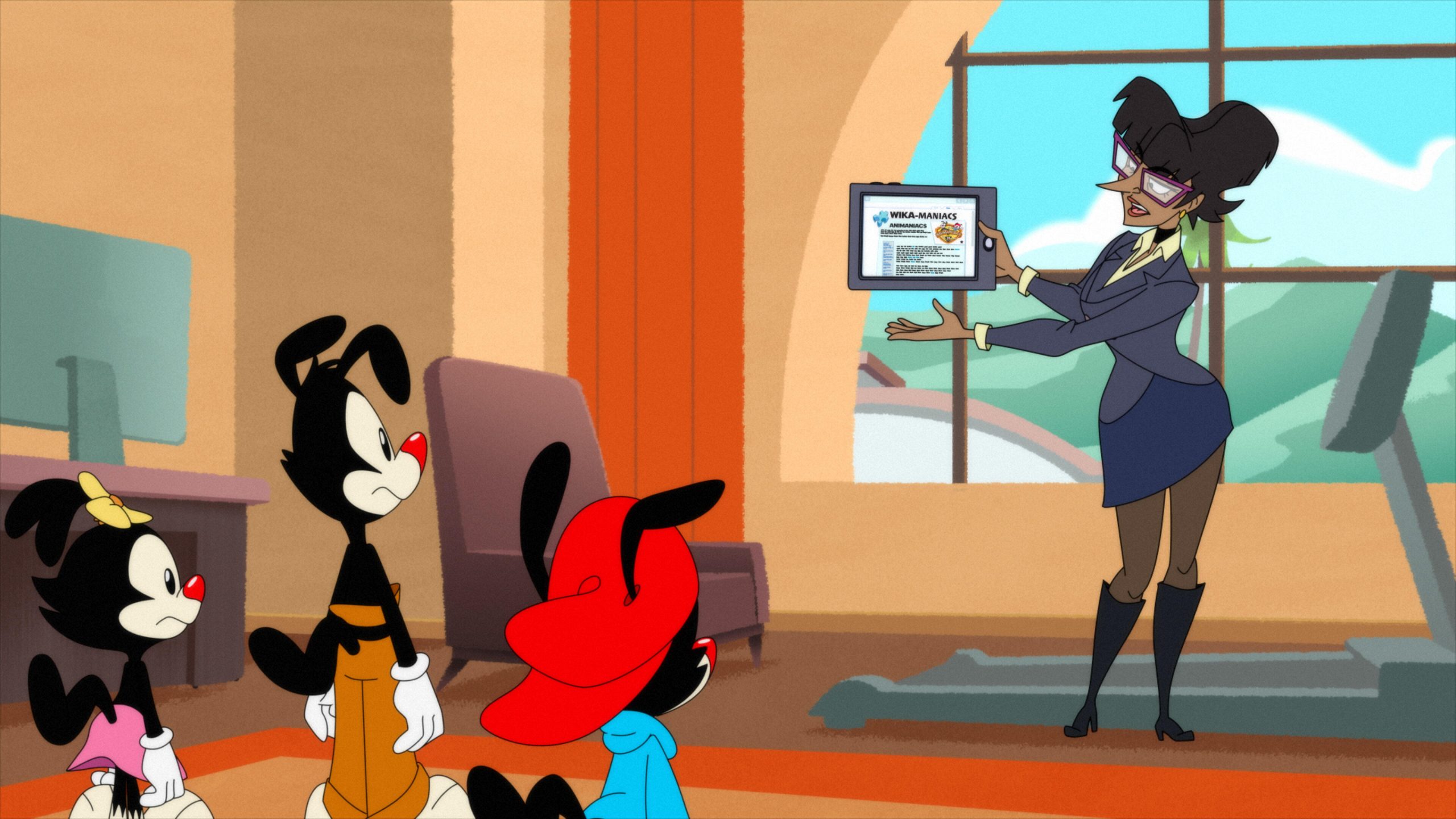 The original Animaniacs premiered when I was in college. I had already jumped into Tiny Toon Adventures and had heard it was a great show for adults. To this day, I argue that the show – while maybe not originally conceived for adults – was eventually catered to the college age / young adult crowd, and not kids. (Don’t believe me? I give you their “fingerprints” joke.)

While I try not to compare remakes and adaptations, it’s difficult to avoid – especially in this case. The marketing is all about how the Warner brothers (and Warner sister Dot) are ‘back’, returning to the water tower. As such, this review is heavily influenced by how much a fan I am of the original show. The TLDR version? It’s not bad, but fails to live up to the classic.

If you’re unfamiliar with the animated show, the basic premise follows Yakko (Rob Paulsen), Wakko (Jess Harnell), and Dot (Tress MacNeille) Warner, three – whatevers? – living in the Warner Bros. tower. (I was this years old when I found out that Dot is named as such because the name Warner Bros. legally includes that dot at the end.) There were a number of other segments, but the other popular one was Pinky (Paulsen) and the Brain (Maurice LaMarche), two mice who try to take over the world every night.

The biggest difference between the original and this reboot is in the format. The original show typically had three segments per episode, which varied between a number of characters. These include the Warners doing various zany things, the ever popular Pinky & the Brain, and then the Good Feathers, Buttons & Mindy, Rita and Runt, Chicken Boo, Slappy Squirrel, and even smaller segments like the kid who talks about Randy Beaman’s mom and the “Good Idea / Bad Idea” (with Tom Bodett).

The new version – at least in the five episodes I was given access to – are just two segments per episode, and it’s just the Warners and Pinky & the Brain. While on the surface that sounds like a great idea – who doesn’t want more Pinky & the Brain (although thankfully it’s minus Elmyra) – it means the segments seem a little too long and the scenes seem to drag. The jokes get old, fast, and lose a lot of the impact as a result.

What made the original work was that it gave a variety show feel to it: where else would you see a pigeon version of West Side Story interspersed with a ‘wheel of morality’ with nonsense themes the show supposedly had?

While they do still have musical numbers (and even make a couple of references to the ones from the originals), they feel forced: like they felt obligated to include the songs. Also, while it was great to get all the original voice actors, for the most part they feel underused.

It also doesn’t help that the show suffers from ‘trailer joke decay’: all the best jokes of the episodes I was able to see are in the various trailers and the one segment they’ve already released. It tries too hard to be funny, and often falls flat. The first episode is where most of the best bits are. The rest of the episodes, however, had me saying ‘And?’

It doesn’t appear to remember that what made the original show is that it was geared towards that young adult demographic. While the original fans are no longer young adults (alas), that doesn’t mean it shouldn’t still strive to do that. The jokes don’t know who they’re aimed at and are all over the place. For example, I’m still trying to decide if the re-written opening number including a line about “Gender balance, pronoun neutral, and ethnically diverse” is laughing at or laughing with the desire many young adults have toward having more diverse media out there.

While the show is by no means bad, it ends up being a 22-year build up for 5 minutes of ‘heh’. Animaniacs premieres November 20 on Hulu with 13 episodes.