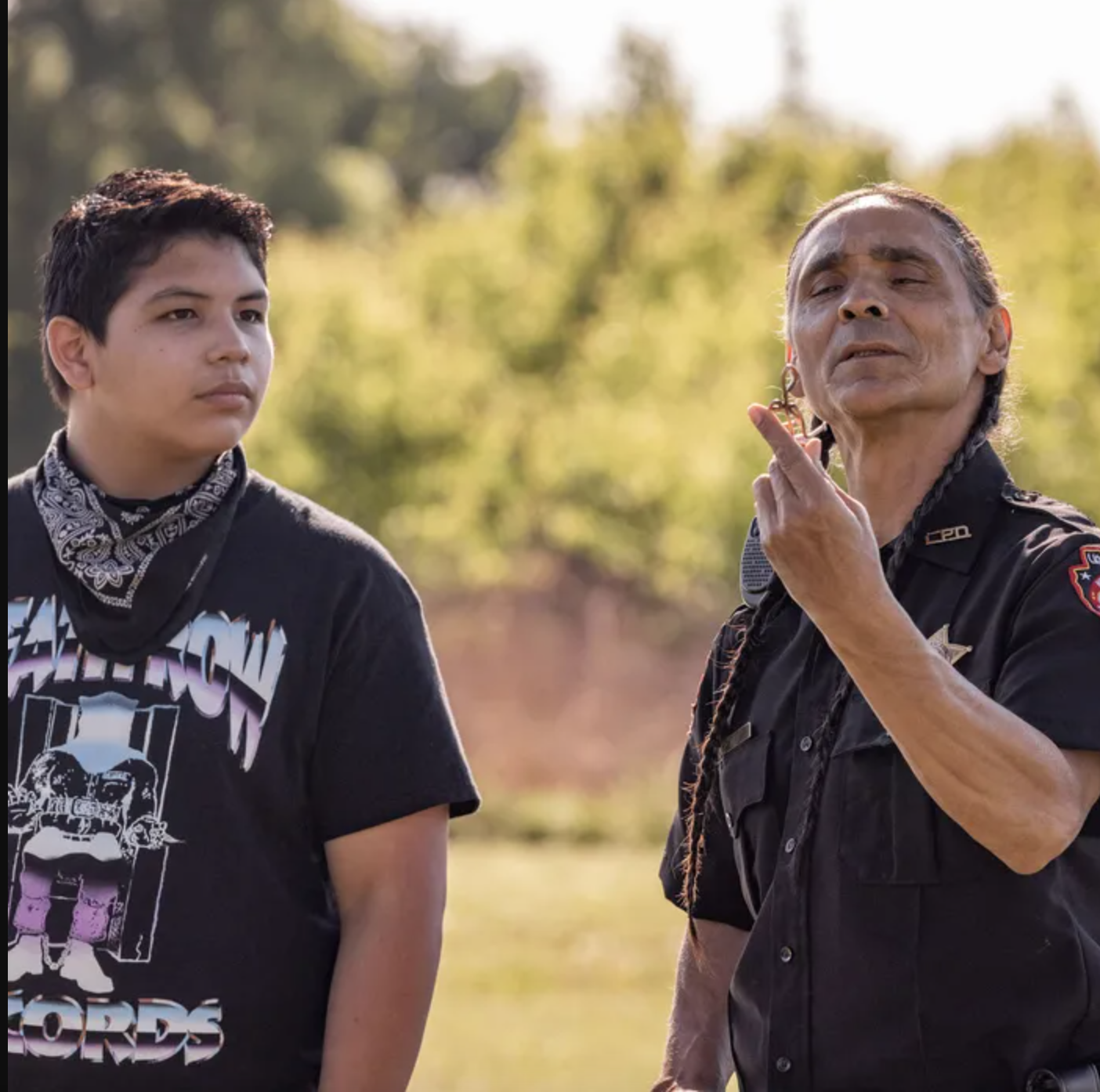 In Reservation Dogs Season One Episode Five,” Come and Get Your Love,” directed by Blackhorse Lowe, Officer Big and Cheese spend the day chasing a thief scaring people by placing copper “little men” sculptures on their porches. Episode five is named after the funk-rock band Redbone’s hit song “Come and Get Your Love.” Big only listens to Redbone in his patrol car because all band members are part Native American. The stars of the band Pat and Polly Vegas are of Yaqui, Shoshone, and Mexican heritage. The other two members are Yaqui, Cheyenne, Turtle Mountain Chippewa, or Siletz. ” Come and Get Your Love” epitomizes how Officer Big sees the world through Native American folklore, which allows him to discern the good guys from the bad ones.

Big’s childhood memories reveal a feminist Deer Lady who brings rotten men to justice. In the pilot ” F*ckin’ Rez Dogs,” Big mentions how Fixico saw the Deer Lady wandering around the village. The writers finally reveal how Big knows so much about the Deer Lady. The Deer Lady legend is a childhood story in the Cherokee, Seminole, Muscogee, and the Pawnee tribes. She can be benign but also lures promiscuous men to their deaths. The Deer Lady usually takes the form of a beautiful woman or deer. In Reservation Dogs, the Deer Lady (Kaniehtioo Horn) is a beautiful woman wearing an aviator jacket, beaded earrings, and bell-bottom jeans that hide her deer legs. She grew up with Big’s grandmother. The Deer Lady acts as a vigilante, taking out bad guys and protecting little children like young Big. The Deer Lady violently kills two White robbers who knock out a cashier and threatens young Big’s life.  The camera never captures any of the killings, so don’t worry if you actively avoid violence on television.

At the beginning of the episode, the Deer Lady hitchhiking at the side of the road flips expectations rather than the rowdy man picking her up is the danger; instead, it’s the Native American woman who should be feared. The first scene opens with a car speeding down the highway. An intertitle declares, ” Okern, Oklahoma 1984.” A young cowboy named Bunnie Tiger sings along with Allman Brother’s song “Midnight Rider,” blaring from the radio. Bunnie almost flies past a young woman hitchhiking but, taken by her beauty, quickly turns the car around. The two young people flirt. Hitchhiker persuades Bunnie to drive her all the way to Carnegie. She grips a deer antler weapon behind her purse. There is a  close-up of the young woman’s hoofs as she climbs into the car, revealing that she is the Deer Lad.  When Bunnie drives off, young Big watches in shock. Later in the episode, young Big walks over to the convenience store. He passes a missing person poster featuring Bunnie Tiger in front of his car. We deduce the Deer Lady killed him. I found it shocking because while Bunnie is somewhat of an asshole, he doesn’t deserve to die.

In the first few episodes, Big appears to be a goofy superstitious police officer who doesn’t take his job seriously. Now it’s clear that He is a compassionate public servant. He takes Cheese under his wing. The officer even takes Cheese’s advice to speak with Kenny Boy, the owner of a salvage yard, about the weird copper sculptures. Even though it’s questionable that Officer Big spends time tracking the Big Foot spirit, he still earns the respect of the village residents.

Big “chases” a stolen blue truck at a snail’s pace. The driver is his cousin Bucky who’s wearing a copper crown.  Bucky has been placing the sculptures all over town in a truck he “borrowed.” Copper protects people from diseases like cholera. Native Americans used to wear copper jewelry to ward off evil spirits and sickness. The little people sculptures are a marketing scheme for Bucky’s new copper bracelet business. He hopes the others in the community will pay twelve dollars for the bracelets. Bucky stole the copper from meth heads, but Big lets him go, warning him to stop freaking people out with the sculptures. Big only punishes the drug dealers who hurt the community, not decent people like Bucky, who cares about indigenous youths like Cheese. The Deer Lady taught Big about what it means to be one of the good ones. The indigenous women are the positive influencers in the community.

During a flashback, the Deer Lady speaks to young Big about living a good life. Their conversation inspired him to become a Lighthorseman, a.k.a. police officer. Young Big thinks that the Deer Lady kills all boys, but she corrects him. She only kills evil men like the robbers at the convenience store. The Deer Lady instructs young Big remain a decent person. She warns the boy not to fall into the trap of alcoholism or become a deadbeat father. The Deer Lady wants Young Big to imagine his grandmother is always with him to inspire him to fight evil. As long as he remains a good person, he won’t see the avenging spirit again. We are left the impression that Big has always been a decent man and will continue to be so.

Check out FX’s Reservation Dogs Season One on Hulu! 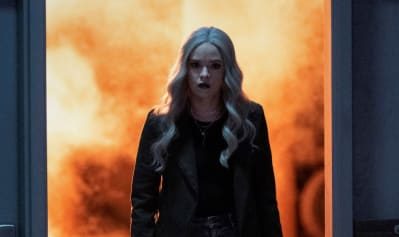 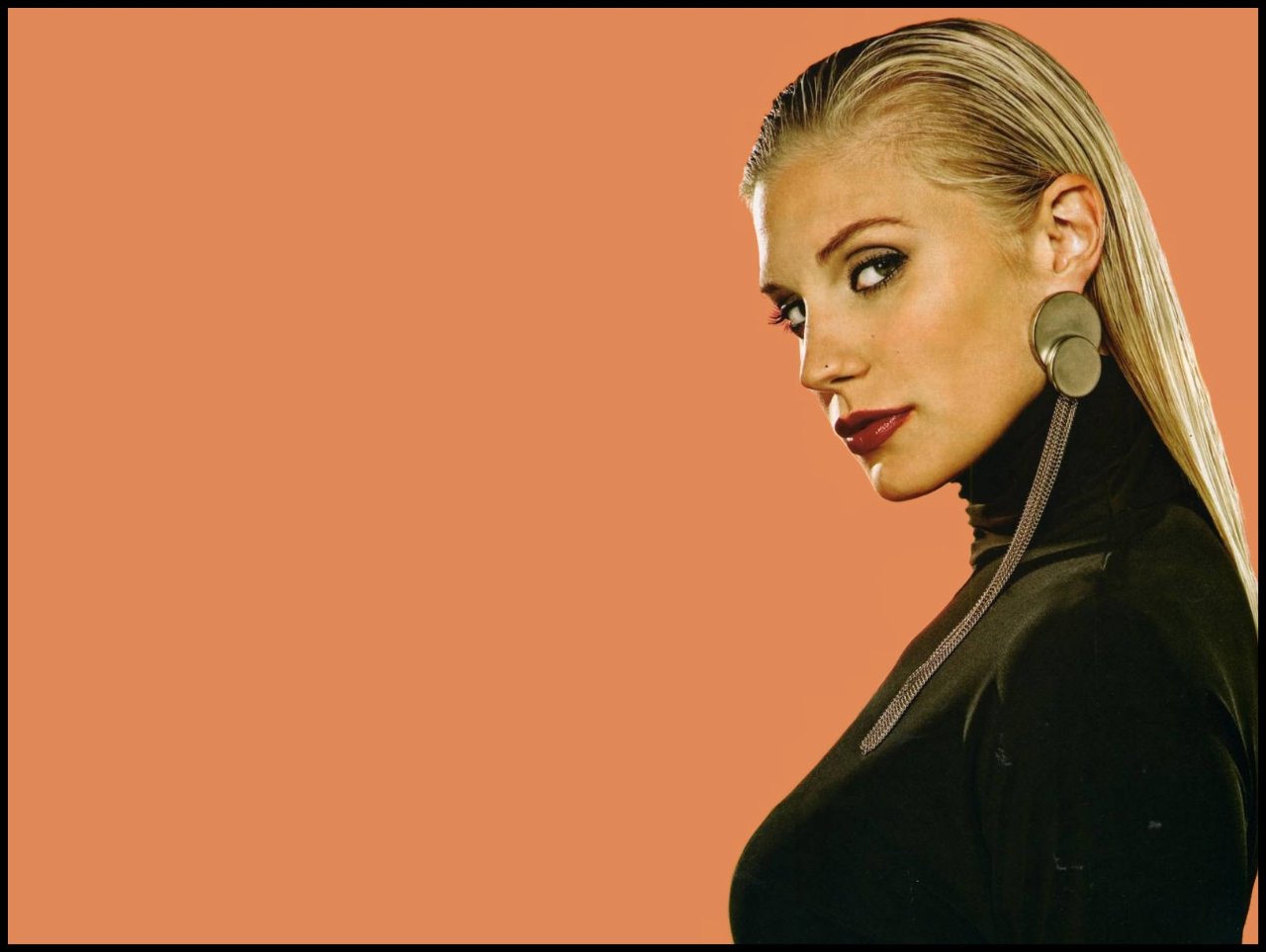 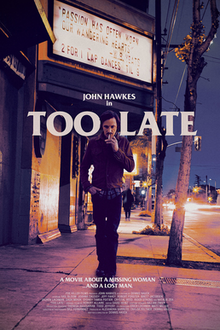